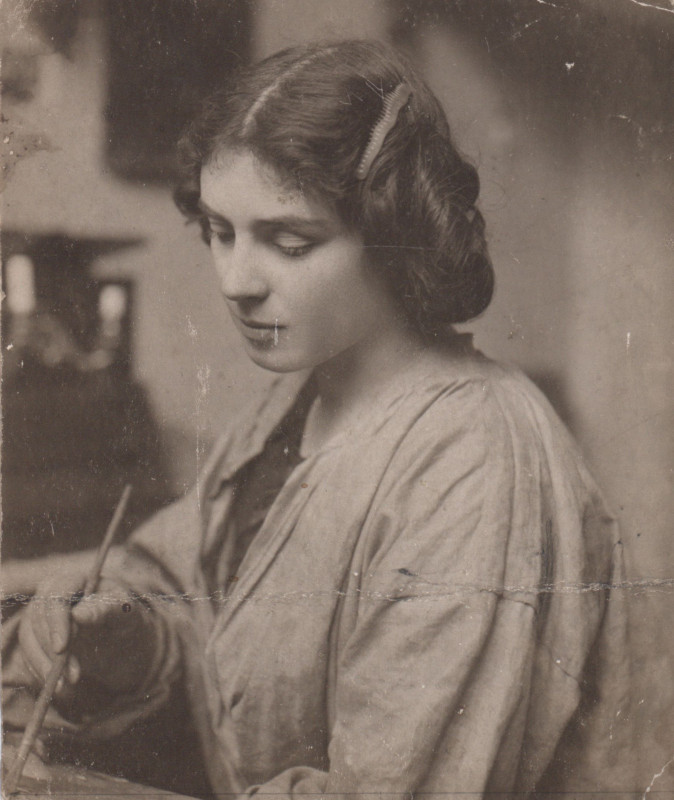 Image courtesy of Niezla Sztuka
Mela Muter is the nom-de-pinceau that was adopted by the Polish painter Maria Melania Mutermilch. Although born in Warsaw in 1876, Muter spent most of her career in France, after moving to Paris with her husband in 1901. Nevertheless, Muter retained the distinction of being Poland’s first professional artist of Jewish heritage, and always maintained a strong sense of her Polish identity.

Muter began her artistic education in the city of her birth under the tutelage of Miłosz Kotarbiński, at the School of Drawing and Painting for Women. Once in Paris, she continued to pursue her vocation at the Académie de la Grande Chaumière and the Académie Colarossi, both of which were established as alternatives to the restrictive, Academic curriculum still employed by the École des Beaux Arts. Having concluded her studies, Muter was able to debut at the Society for the Promotion of Fine Arts in Warsaw in 1902, as well as exhibiting at the Salon de Paris in the same year. Following her debut, Muter exhibited regularly at the Societé Nationale des Beaux Arts, the Salon des Indépendants, the Salon d’Automne and the Salon des Tuileries in Paris, as well as for various artistic societies in Central Europe. In the prelude to the First World War, Muter staged three additional solo exhibitions, in Warsaw in 1907, Barcelona in 1911 and Gerona in 1914.

As a result of an affair with notorious political activist Raymond Lefebvre, Muter was divorced from her husband in 1919, leading to a period of intense personal turmoil, prolonged by the death first of Lefebvre, who was assassinated by Soviet agents in 1920, and then of her only son in 1924. Following these tragic circumstances, Muter converted to Roman Catholicism in 1923.

Despite financial woes, and the threat posed to her and other of Jewish descent during the German occupation of France, Muter continued to be a respected and sought-after painter, engaging with all the major movements of the period but adopting none, retaining and developing her own artistic style. She was the subject of a retrospective in Paris 1953. Muter managed to overcome one last obstacle, a degenerative eye condition which caused progressive loss of sight, continuing to compose new works and exhibiting across the world. Muter died in her Paris studio in 1967, at the age of 91.