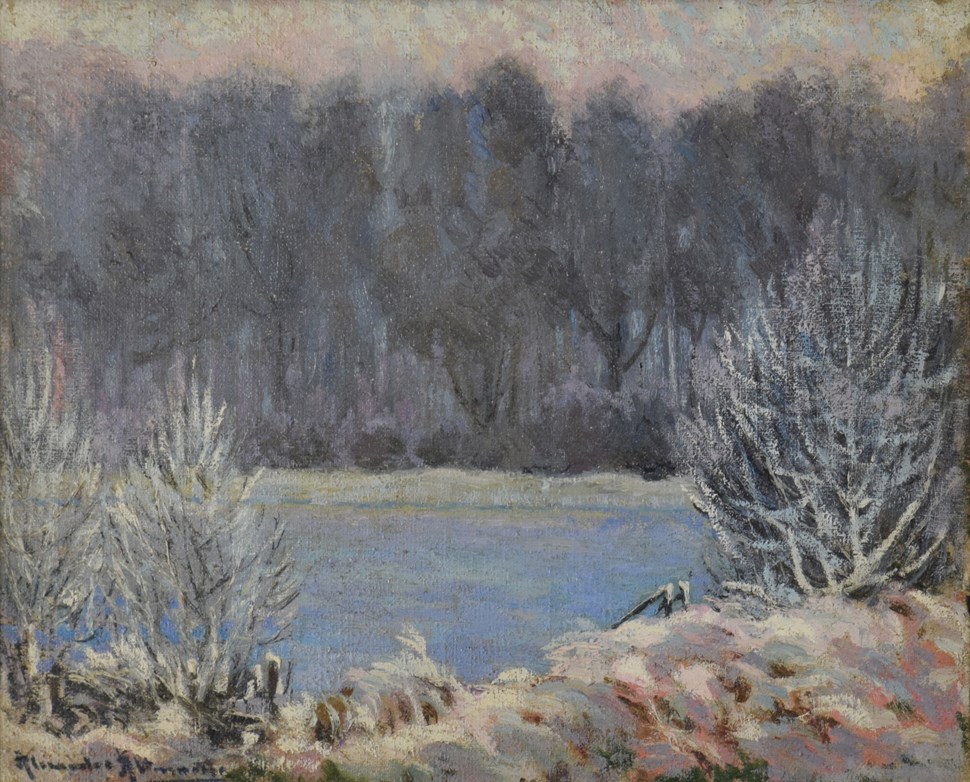 Alexander Altmann was born to a poor Jewish family in Sobolevka near Kyiv in Ukraine in 1885. At the age of eleven, Altmann ran away to Odessa where he worked variously as a tailor, shoemaker, metalworker and grocery salesman. The painter Vlas Mikailovich Doroshevich took Altmann under his wing after noticing Altmann’s draughtsmanship and thus encouraged his pursuit of art.
In 1905 Altmann moved to Vienna and then onto Paris where he simultaneously worked as a labourer and studied at La Ruche (founded in 1902 by the sculptor Alfred Boucher). Living in extreme poverty Altmann was once so faint from hunger he was taken to the Rothschild Hospital where he painted the portrait of another patient. Unexpectedly, the hospital’s Guardian bought Altman’s painting which crucially allowed him to enter the Académie Julian.

A prolific painter of landscapes, still lifes, Parisian street-scenes and seaside towns, his style was Impressionist with attractive depth of texture and colour. Barred due to the restrictions placed upon Jews in Russia, Altmann was unable to exhibit in St Petersburg. However, his first solo exhibition took place in Paris in 1908 and was followed by exhibitions at the Tuileries (1908), Salon d’Automne (1908-24), Salon d’Izdebsky (1909-1910) and the Salon des Indépendants (1910-20). In 1912 the French government bought two of his painting for the Luxembourg Palace Museum and his work is featured in several private international collections.