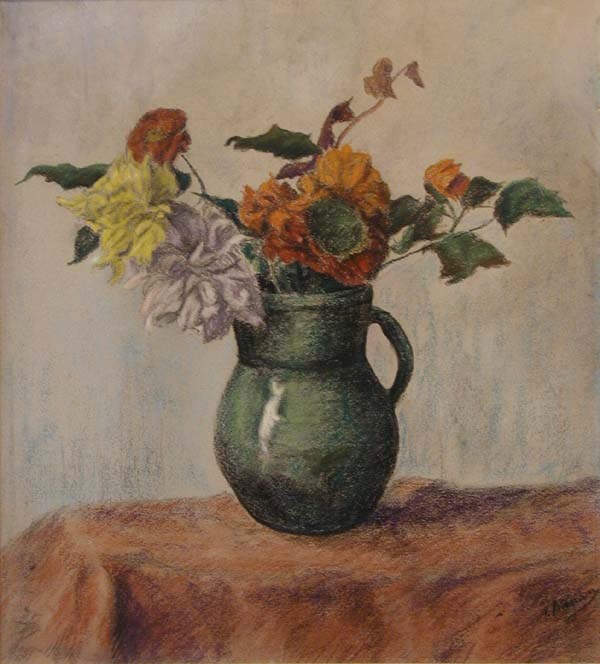 French painter and writer Paul Ranson was born the son of a local politician at Limoges, and studied at the prestigious Académie Julian in Paris.

Whilst in Paris Ranson became a leading member of Les Nabi who gathered in his Montparnasse studio every Saturday. A collection of Post-Impressionist artists and illustrators who had close ties to the concurrent Symbolist and Art Nouveau movements, the Nabis became influential in the field of graphic art and design. Key members of the group were Pierre Bonnard and Edouard Vuillard.

Favouring exotic or symbolic motifs, like many of his generation Ranson was deeply influenced by Japanese art. He placed profound emphasis upon the importance of decorative art and sought to raise its status equal to that of the fine arts. A year before his death, Ranson created the Académie Ranson in Paris along with his wife in order to teach and disseminate Nabi ideas and techniques. After his death it was his wife who continued its management.