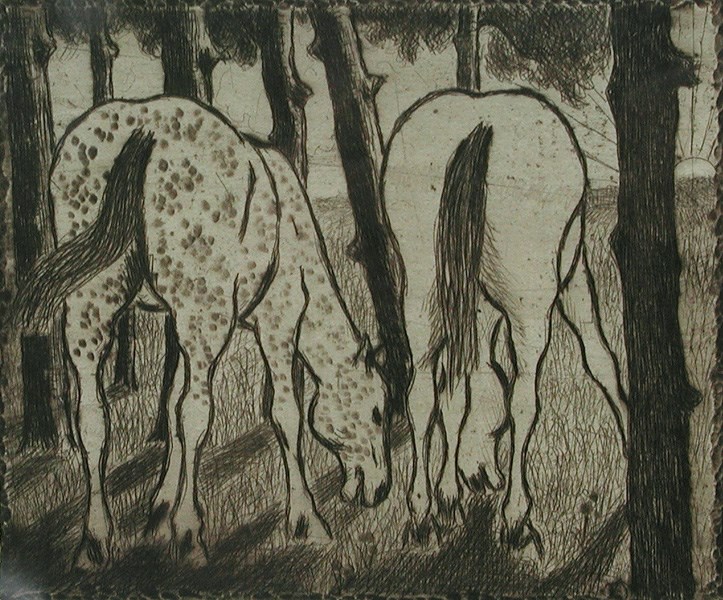 Two Horses Grazing under the Trees

Félix, affectionately known to his family as 'Titi', was born in Pontoise in 1874, the year of the first Impressionist exhibition.

The third son of Camille Pissarro, Félix was a painter, etcher and caricaturist, and from an early age, his work demonstrated great strength and originality. This prompted his father to comment that, of all his artist sons, Félix had undoubtedly the most talent and promise of becoming a major artist.

It is, therefore, perhaps one of life’s cruel ironies that Félix contracted tuberculosis and died in England at the age of 23, before he was able to begin realising his full potential. In a posthumous article, Octave Mirbeau lamented his passing whilst attributing to him “…uncommon talent, fervent imagination, originality, passion, vision, spontaneity and, above all, natural aptitude…”, qualities which he was adamant would have turned Félix into a truly great artist.