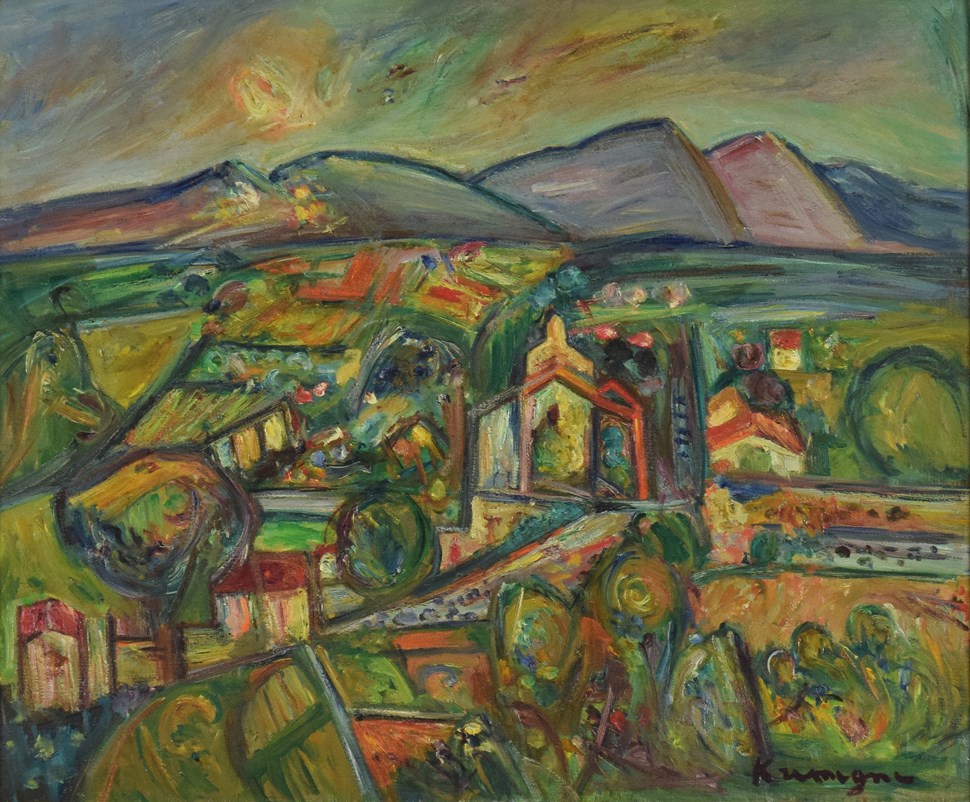 Lithuanian-Jewish artist, sculptor and lithographer Pinchus Krémègne studied at Vilnius Academy of Art. A target of the infamously violent Russian pogroms, he fled to Paris in 1912 and lived in Montparnasse in the ‘beehive’ structure of artist studios known as La Ruche.

It was during the First World War that Krémègne ceased sculpting and took to painting instead; a luscious style influenced by Cubism, Fauvism and Expressionism and exhibited at the Salon des Independents in Paris. Until Krémègne’s influence upon Frank Auerbach was recently recognised, his work had long been side lined by that of his friends Marc Chagall and Chaïm Soutine.

Later in his life Krémègne moved to Céret in the French Pyrénées where he died. Today his home remains, as do many of paintings exhibited in the Musée d’Art Moderne de Céret. After his death in 1981 Krémègne’s powerful work, featuring in several international private collections, was remembered at a retrospective in Paris’s Quartier Les Halles.