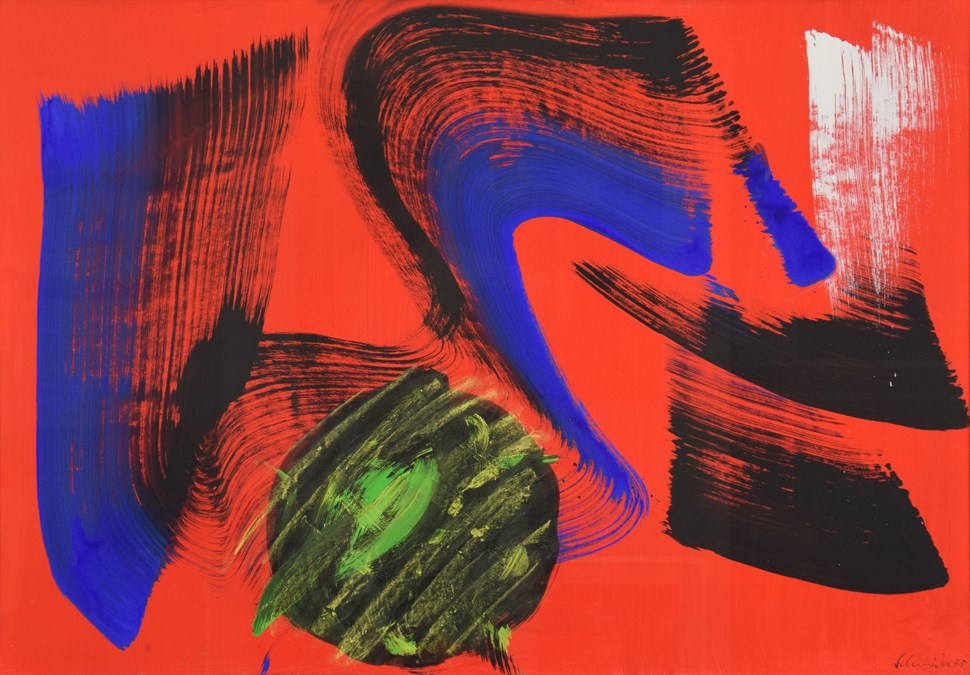 Born in 1896, the Swiss artist Gérard Schneider was a major proponent of the Lyrical Abstraction movement, together with artists such as Wols, Pierre Soulages and Hans Hartung. The movement was developed parallel to the development of Abstract Expressionism in the US, pioneered by artists Paul Jenkins, Norman Bluhm, Sam Francis and Ellsworth Kelly, among many others.

Lyrical Abstraction emerged after the Second World War as a counter-movement against Cubism, Surrealism and Geometrical Abstraction, and represented a movement towards the possibility of painting being open to personal expression.

Schneider’s works can today be found in the collections of major international museums including the Centre Pompidou in Paris, MoMa in New York, the Phillips Collection in Washington, the Museum of Fine Arts of Montréal and the Modern Art Museum of Rio de Janeiro, as well as private collections worldwide.

A catalogue raisonné of his works on canvas is currently in preparation by Laurence Schneider, the artist’s daughter, and Patrick Gilles Persin.