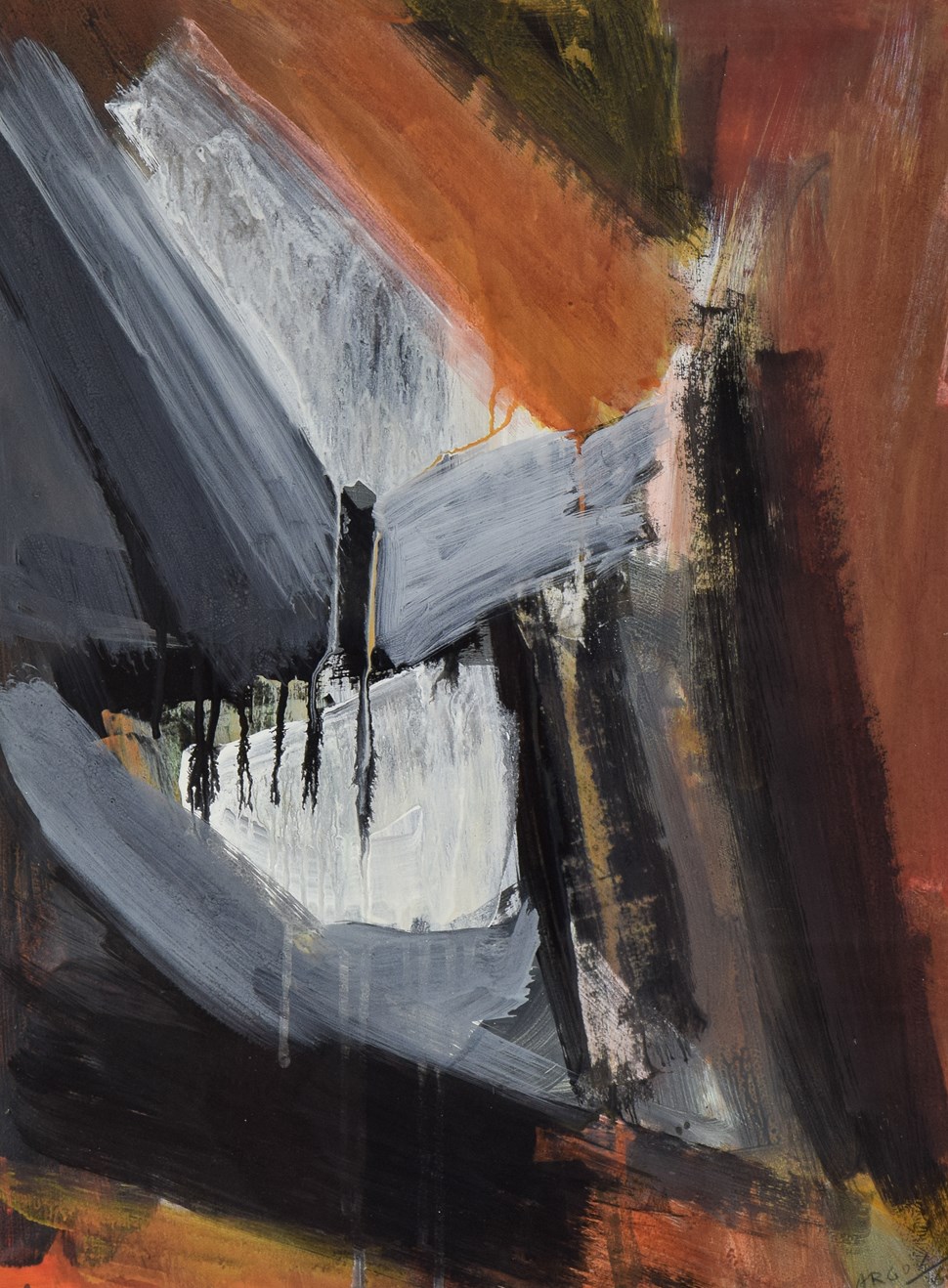 Originally named Michael Zinger, Michael Argov was born in 1920 to a family of merchants in Vienna. Subsequently, he lived in Berlin in 1929, later emigrating to Haifa in 1933. Throughout his career Argov amassed a bilingual aesthetic, progressing from figurative to completely abstract throughout his extensive body of work.

In 1942, Argov began his formal education at the renowned Avni Institute of Art and Design in Tel Aviv. Here he encountered the Israeli artist Yehezkel Streichman, a pioneer of Modernist Israeli art, and joined his studio in 1945 where he worked as an administrator in parallel to painting in his spare time.

In 1947, Argov held his first successful exhibition where work was acquired by the Tel-Aviv Museum. In the same year, he moved to Paris to study fresco painting at the École des Beaux-Arts. Argov began as a largely figurative painter often depicting landscapes, still lifes, portraits and female nudes in a flattened and decorative style, bearing the influence of artists such as Henri Matisse.

In 1948 Argov was summoned to Israel to serve as an intelligence officer in the Navy during the independence war. Between the 1950s and 70s, Argov divided his time between Paris and Israel, participating in many critically acclaimed exhibitions, and holding his first solo exhibition in 1951 in Paris. In 1955 he was awarded the Othon Friesz Prize.

Beginning in the late 50s Argov evolved a style influenced by Lyrical Abstraction, his paintings featured increasingly amorphous forms using large, gestural brush strokes. His oeuvre later transitioned to geometric abstraction during the 70s, with use of mixed media and a minimalistic palette. Both early works and later works are underpinned by experiments exploring the pictorial flatness of objects.

In 1977 he was entrusted with the role of Chairman at the national committee of the Artists Association in Tel Aviv. After an extensive career Argov’s work has been exhibited internationally at museums including the Haifa Museum of Art (1955), Tel Aviv Museum of Art (1959), The Venice Biennale (1970), Helena Rubinstein Pavilion, Tel Aviv (1972), Musée National d'Art Moderne, Paris (1957), Museum of Modern Art, Sao Paulo, Brazil (1962), Museum Wiesbaden, Germany (1971).