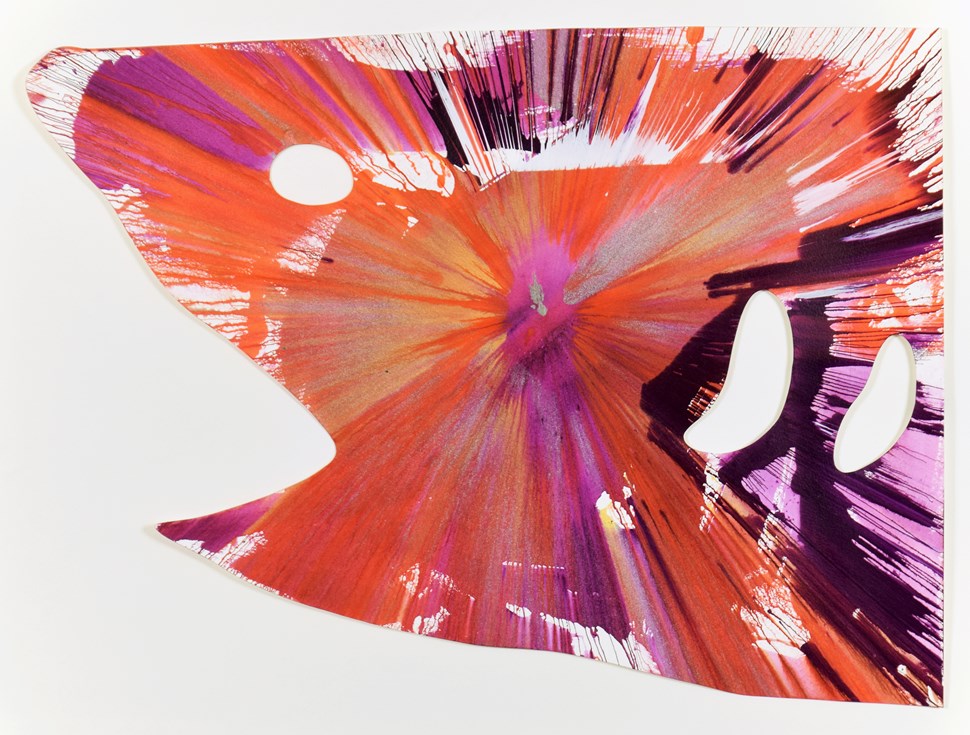 Damien Hirst was born in Bristol in 1965. He studied at Goldsmiths College in London and first came to public attention in 1988 when he conceived and curated 'Freeze,' an exhibition of his work and that of his friends and fellow students at Goldsmiths. In the near quarter century since that pivotal show, Hirst has become one of the most prominent artists of his generation. Many of his works are widely recognized, from the shark suspended in formaldehyde, The Physical Impossibility of Death in the Mind of Someone Living (1991) and his spot, spin and butterfly paintings, through to later works such as the diamond skull For the Love of God (2007). Of the latter, the art historian Rudi Fuchs has said, "The skull is out of this world, celestial almost. At the same time it represents death as something infinitely more relentless. Compared to the tearful sadness of a vanitas scene, the diamond skull is glory itself."

Throughout his work, Hirst takes a direct and challenging approach to ideas about existence. His work calls into question our awareness and convictions about the boundaries that separate desire and fear, life and death, reason and faith, love and hate. Hirst uses the tools and iconography of science and religion, creating sculptures and paintings whose beauty and intensity offer the viewer insight into art that transcends our familiar understanding of those domains. "There [are] four important things in life: religion, love, art and science," the artist has said. "At their best, they’re all just tools to help you find a path through the darkness. None of them really work that well, but they help. Of them all, science seems to be the one right now. Like religion, it provides the glimmer of hope that maybe it will be all right in the end…"