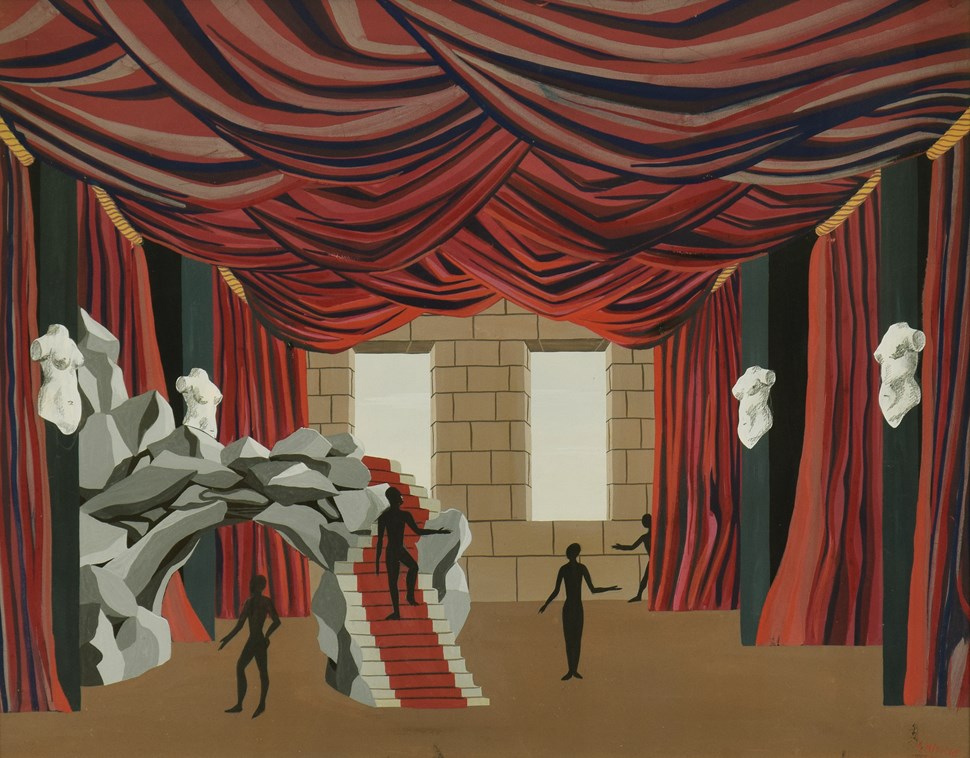 Félix Labisse was a self-taught painter, illustrator and theatre designer born in Douai, a small commune in France close to the Belgian border. In Douai, Labisse studied at the Collège Saint Jean and later enrolled at the Ècole de Pêche in Ostend. Labisse was closely associated with the Expressionist painter James Ensor whom he met in a visit to Ostend, a city on the Belgian coast, in 1922. Subsequently, his early works are anchored in Flemish Expressionism under the influence of Ensor. In his later works Labisse developed his own aesthetic, exploring the boundaries between fantasy, ritual, magic and eroticism. He experimented with perspective and used motifs such as naked women and hybrid beasts in fantastical settings. Labisse also met the filmmaker Henri Storck and they founded the Club du Cinéma d’Ostende which disseminated avant-garde films by Man Ray, Carl Dreyer and Fritz Lang.

From 1927 Labisse divided his time between Paris and Ostend, becoming a major French painter. His first exhibition took place at the Ostend Gallery of Modern Art in July 1928 which gained him critical acclaim. In 1933 Labisse settled in Paris and produced the set and costumes for Autour d’une Mère at the Théâtre de l’Atelier. In Paris, he became part of the Surrealist milieu, meeting André Masson, Max Ernst, Raymond Queneau, René Magritte and Paul Delvaux. It was in 1938 that Labisse fully established his career as a painter after his exhibition at the Palais des Beaux-Arts in Brussels. In 1947, the French filmmaker Alain Resnaise created a short film starring Labisse in his studio titled Visite à Félix. Labisse was also a successful illustrator producing drawings for the books Le Bain avec Andromède (1944) and Histoire Naturelle (1948) by Robert Desnos. His subjects included creatures such as the cyclops and the medieval French Guivre – a serpentine creature.

By 1951 Labisse moved to Neuilly-sur-Seine, where he would later die. Closely linked to Surrealism - a movement to which he never completely adhered to – he is perhaps most recognised for his 60s series of austere, blue goddess-like women. Interestingly, his political differences estranged him from the writer André Breton, the founder of Surrealism and author of the Surrealist Manifesto who was a communist. Remaining on the sidelines of Breton’s movement, Labisse continued to explore the limits of his imagination through painting. In 1957, Labisse published his Le Sorcier des Familles: Almanach Fatidique featuring texts and illustrations in the layout of a calendar. He earned the respect of Breton who wrote to him: "Beyond what may have sometimes divided us, let me tell you that I greatly appreciate your Sorcier des Familles (…) This is a surrealist book, as I see it. My warmest compliments."

Labisse had his first retrospective at Knokke Casino in Belgium in July 1960 where he exhibited 105 paintings. In 1966 he was elected a member of the Académie des Beaux-Arts, in France and in 1974 he became a member of the jury at the Cannes festival. Labisse’s maintained a lifelong friendship with Ensor which is immortalised in the painting Bonjour M. Ensor (1964).