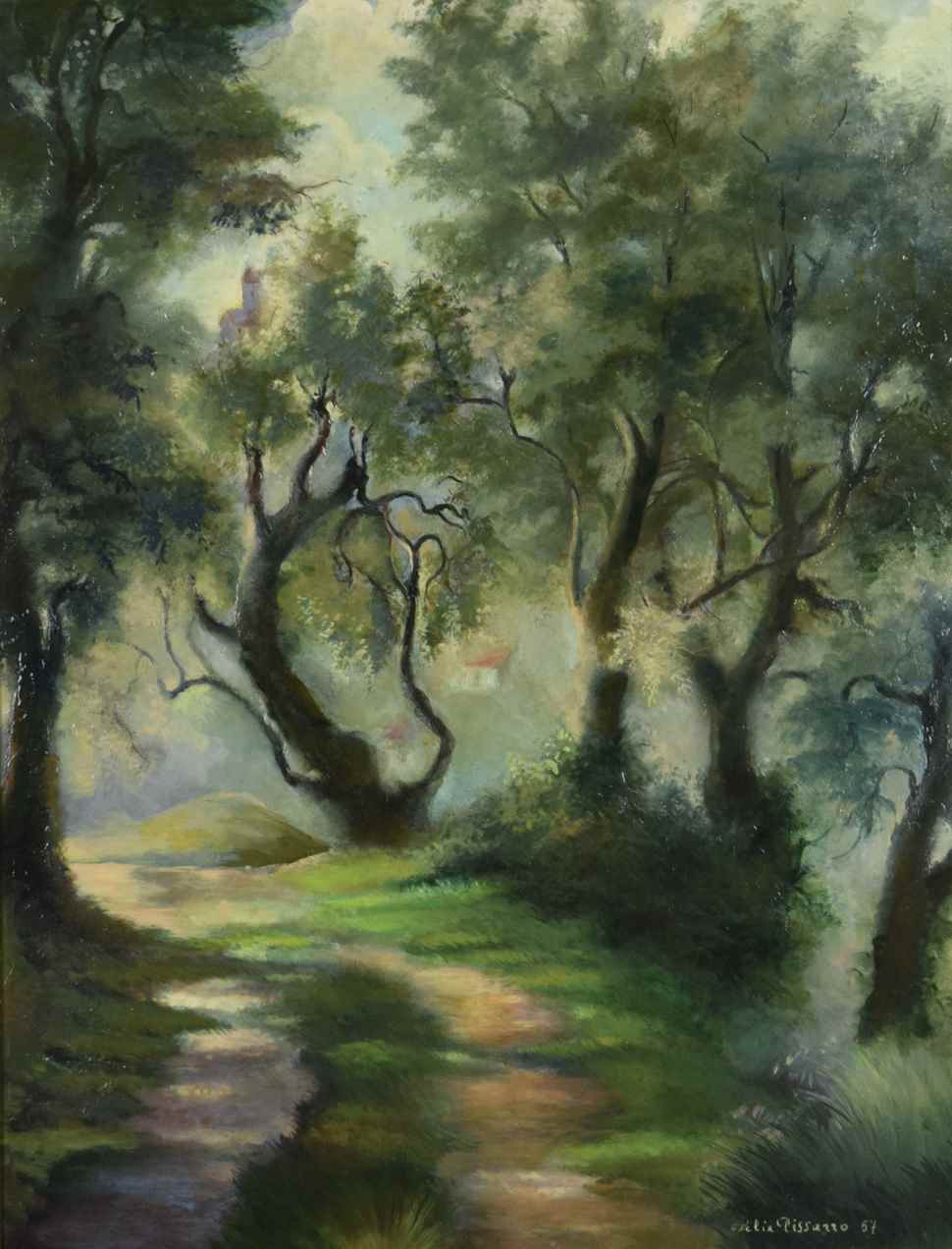 Félix Pissarro, known within his family as Félix II, so as not to confuse him with his beloved uncle Félix, after whom he was named, was born in September 1917 in Beynac in the Dordogne. Félix II was the grandson of Camille Pissarro and son of the well-established artist Georges Manzana and Blanche Moriset (also known as Roboa), a well-reputed pastel painter. Having grown up in such an artistic milieu, and under the artistic guidance of his parents, Félix went on to become one of the most active artists of this third generation of Pissarro painters. The contributions of each of these generations of Pissarro artists over 165 years helped to make the family one of the most preeminent families in the history of art of the twentieth century.

Félix spent his formative years living in Les Andelys in Normandy, but was forced to leave in 1939, when, at the outbreak of the war, Manzana decided to move his family to Casablanca in North Africa, where they stayed until 1947. Despite the foreign setting and the tumultuous period, during this time Félix often exhibited his early works alongside his parents. After the death of his mother in 1949, Félix moved briefly to Paris with his father before they returned to Les Andelys, all the while developing a close working relationship with his father. Félix was particularly close with Manzana, who would continue to be his mentor throughout his career. Indeed, even following Manzana’s death, Félix continued to execute his paintings using the artistic traditions that his father had taught him, while simultaneously developing his own individual style. This unique style is most visible in his pastel drawings and sketches that seem to reflect the haste and spontaneity of the Impressionist painters.

Nature and pastoral settings dominate Félix’s oeuvre, and he was clearly influenced by the landscape around him. In 1953, Félix married Marie-Louis Monvoisin, and together with Manzana, they moved first to Negresco in Nice, before settling into a hillside home in the idyllic town of Menton on the Côte d’Azur near the Italian border. Father and son would often paint here together. In this hillside setting, Félix frequently chose to depict the forests near his home. Both his vibrant pastels and oil paintings as well as his charcoal sketches convey the dappled light through the leaves in the forest and the density of the foliage. These landscapes are perhaps even reminiscent of his uncle Paulémile’s lush and verdant landscapes. In 1978, due to an illness, Félix left his hillside home and moved to a home closer to Menton which looked onto the sea. This view of the seaside featured prominently in his works during this period.

Despite Félix’s evident preference for the tranquillity of a rural lifestyle, he frequently participated in shows over the course of his career. While living in the respective places, he had shows at the Biennale in Menton and the Negresco in Nice. Furthermore, he was a long-standing exhibitor at the Trianon Gallery in Nice.