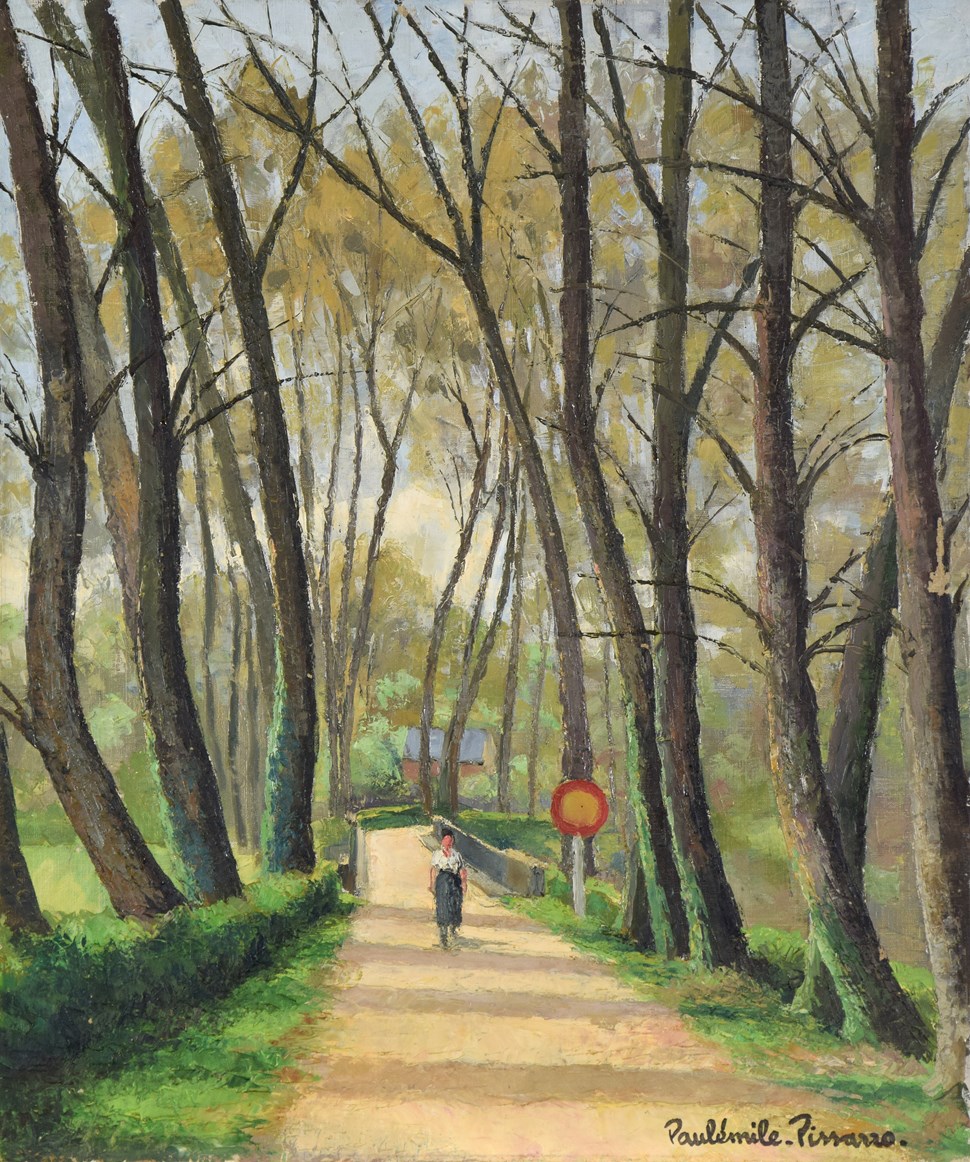 Paulémile Pissarro, Camille’s youngest son, was born in Eragny in 1884. He was brought up in the artistic environment of the family home there, and, encouraged by his father, began drawing at an early age. Paulémile’s godfather was Claude Monet, who became his teacher and close friend, particularly after Camille’s death in 1903.

In 1905, Paulémile exhibited at the Salon des Indépendants for the first time, showing an Impressionist landscape entitled Bords de l’Epte à Eragny. Although his father had supported his desire to be an artist, his mother was eager for him to learn a more practical trade. In 1908, Paulémile put aside his artistic pursuits to work as an automobile mechanic and test-driver, then as a lace and textile designer, allowing him only a little time to paint. While Paulémile was still working at the lace factory, his brother, Lucien, who lived in London, asked him to send over some watercolours, and the sale of these encouraged Paulémile to leave the factory and dedicate himself to painting.

By the 1920s, Paulémile had become an established Post-Impressionist artist in his own right, sharing a studio with Kees Van Dongen and spending the summer months escaping from Paris with him and Maurice de Vlaminck. In 1924, Paulémile moved to Lyons-la-Foret, a small town near Eragny, where he painted his surroundings with great pleasure, returning again and again to the placid waters of the River Epte, winding its way among willows, meadows and hills.

During the late 1920s and early 1930s, Paulémile reached the peak of his artistic development, arriving at the individual style for which he is best known. In 1930, he visited an area called Swiss Normandy and instantly fell in love with this part of the Calvados region, especially the River Orne that runs through the valley adjacent to the villages of Clécy and le Vey. The combination of blue hills and green meadows, separated by the calm waters of the river, offered Paulémile a new setting for his work. Paulémile moved in 1935 with his second wife, Yvonne Beaupel, to Clécy, where he would remain until his death.

In 1967, Paulémile had his first one-man show in the United States at Wally Findlay Galleries in New York. This led to widespread recognition and a degree of professional success that few Pissarro artists have known during their lifetime. Since his death in 1972, Paulémile’s paintings have been exhibited around the world, and interest in his work continues to grow. 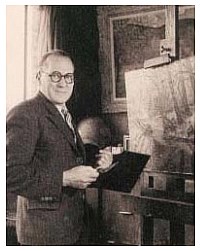