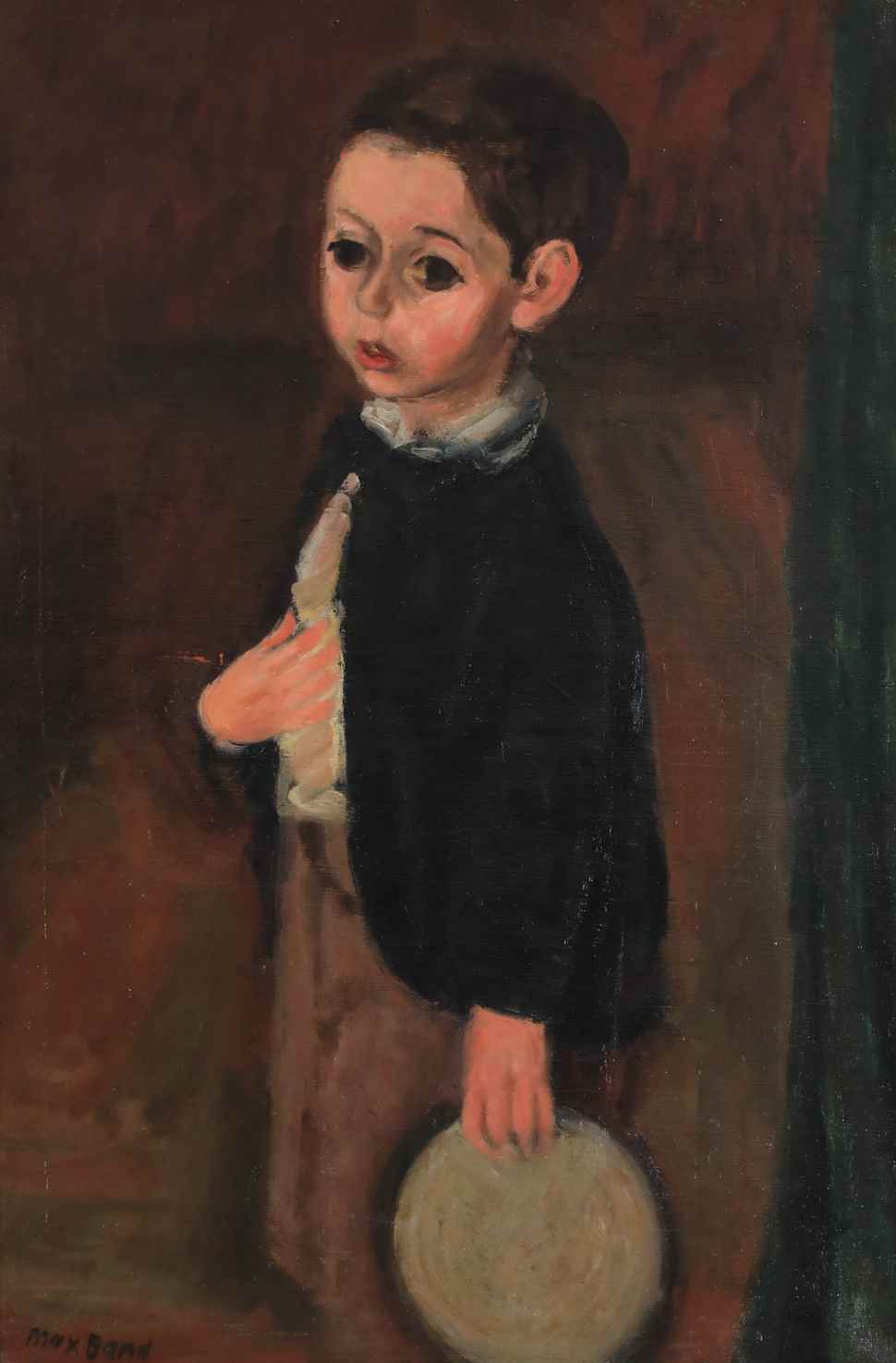 Max Band was born in 1901 in Kudirkos Naumiestis in Lithuania. At the age of three, he lost his father and was orphaned two years later when his mother died. Despite the lack of artistic opportunity offered in the small village where he grew up, Band was determined to practice his art and completed his first oil painting using a makeshift paintbrush styled out of sticks. From a young age, Band practised his painting and drawing by copying the works of great masters which he saw in magazines and books. Band started his career in 1917 working as a drawing teacher. There, the headteacher of the school recognised his talent and encouraged him to go to Berlin to pursue his artistic talent. Once in Berlin, Band was finally able to see some of the masterpieces that he had studied in his youth. He began his formal artistic training at the Berlin Academy, studying under Willy Jaeckel, the German Expressionist painter and lithographer, who selected one of Band’s works to be shown in an open exhibition, thus allowing the artist to garner public attention. Band remained in Berlin for three years until 1923 and subsequently moved to Paris, where he admired works by Cézanne and Picasso which had a tangible influence on his work. In 1940 Band emigrated to Los Angeles to escape the threat of World War II and remained there for the rest of his life.

Band’s oeuvre consists of a range of subjects, from still lifes and landscapes, village scenes and seascapes, to striking portraits. Describing Band’s early landscapes, the French art critic Paul Fierens highlighted his remarkable use of colour, writing: ‘the refinement of his colour, this what he owes to France, that he has taken something of Chardin, Corot or Bonnard, but the Parisian sky, after Lithuania and the Louvre, quite naturally became his third master. Paris, with its pale azure, inimitable greys and delightful white, offered itself to Max Band as an example and gave him excellent advice.’

Some of Band’s most touching paintings are his portraits. The artist often depicted Jewish religious and daily life in his works. These expressive and evocative portraits reveal the artist’s deep sensitivity to the human experience. His time living in France in the run-up to the war gave the artist a penchant for effectively showing the emotion and feelings of the sitter. Describing one of his paintings, Band wrote: ‘After living in France for nearly twenty years I began to see something strange in the eyes of the people. As the threat of bombing grew ever more menacing, the proud French people… began to live in fear, it showed in their eyes and gestures.’

Since the artist’s first exhibition in 1926 at the J.B. Newman Gallery in New York, followed soon after by his first solo exhibition in his home country in 1927, Band’s works have been included in numerous exhibitions and are held in major collections worldwide. The prestigious Stendhal Gallery hosted an exhibition of his works in 1941, and in 1943 Band’s work formed the subject of another exhibition at the Los Angeles County Museum of Art. Several of his works are held in the Jewish Museum in Berlin as well as numerous other public collections. Band’s works have seen a surge of interest in recent years, selling for steadily increasing prices at auction, especially in France, Poland, Lithuania, Israel and the United States.