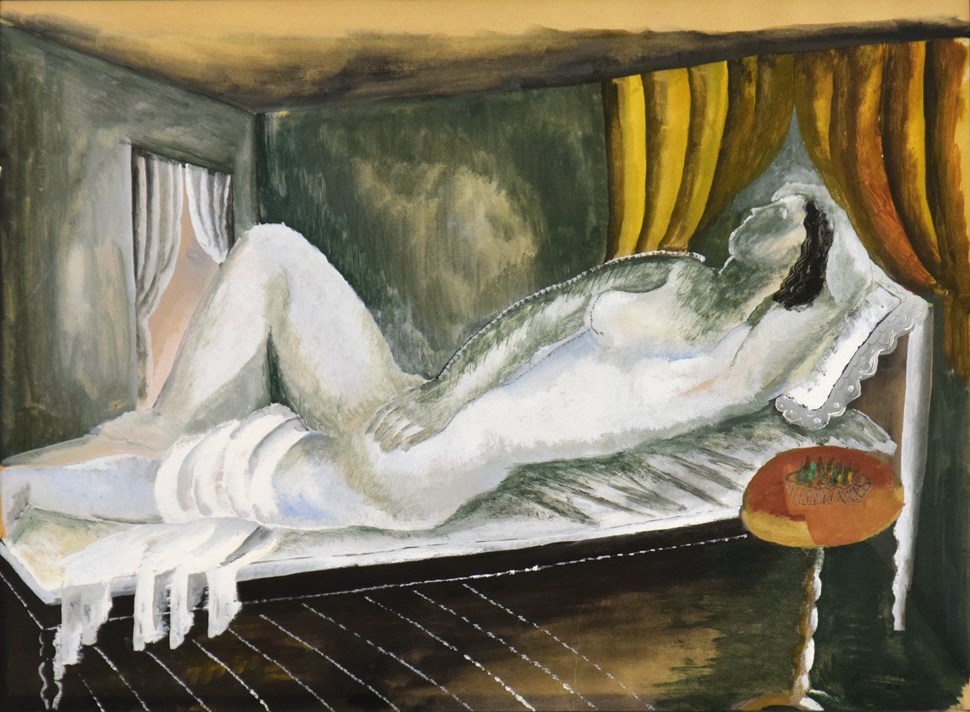 School of Paris sculptor, painter in watercolour and gouache, lithographer and tapestry designer, Ossip Zadkine (né Yossel Aronovich Tsadkin) was born 14 July 1890 in Smolensk, Russia. He was sent to Sunderland in 1905 to study English, but began instead to attend classes in art. Zadkine moved to London in 1906, where he studied sculpture at Regent Street Polytechnic and the Central School.

Zadkine settled in Paris about 1910. He spent a few months at the École des Beaux-Arts, before working independently. In 1911-12 he met Apollinaire, Brancusi, Archipenko, Lipchitz and Picasso. He practised direct carving in wood and stone, and made simplified figures partly influenced by Romanesque art. Then he became part of the new Cubist movement (1914-1925). He later developed his own style, one that was strongly influenced by African art.

Zadkine served as a stretcher-bearer in the French Army (1915-18) during World War I, where he was wounded in action. His first one-man exhibition was at the Galerie Le Centaure, Brussels, in 1919. From circa 1925 he modelled sculpture for casting in bronze and developed compositions of greater complexity, sometimes with several figures and an interplay of convex and concave planes. He spent the World War II years from 1941-5 in America, as a refugee in New York. Then he returned to Paris 1945, where he taught at the Grande Chaumière.

Zadkine’s best-known work is probably the sculpture The Destroyed City (1951-1953), representing a man without a heart. It is a memorial to the destruction of the center of the Dutch city, Rotterdam, in 1940 by the German Luftwaffe.

In 1920, Zadkine married Valentine Prax (1899-1991), an Algerian-born painter of Sicilian and French Catalan descent. They had no children. The artist's only child, Nicolas Hasle (born 1960), was the result of his affair with a Danish woman, Annelise Hasle.

Zadkine was awarded the main sculpture prize at the 1950 Venice Biennale. His later works included a monumental figure commemorating the bombing of Rotterdam and a monument to van Gogh at Auvers-sur-Oise.

The artist died in Paris, 25 November 1967, at the age of 77, after undergoing abdominal surgery, and was interred in the Cimetière du Montparnasse. His former home and studio is now the Musée Zadkine.