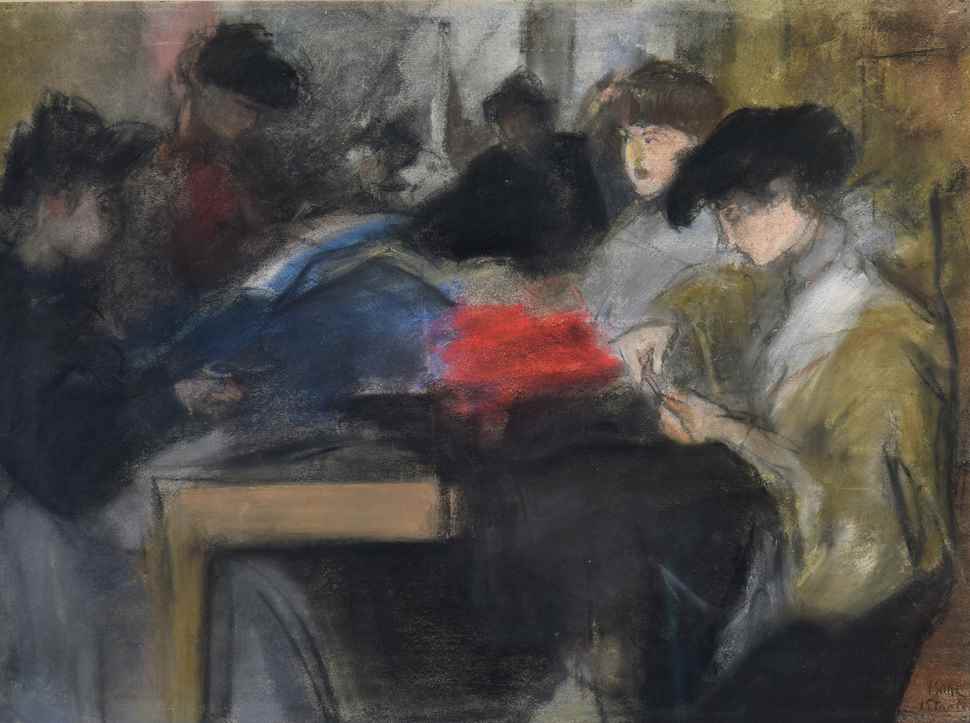 Seamstress at the Paquin Studio