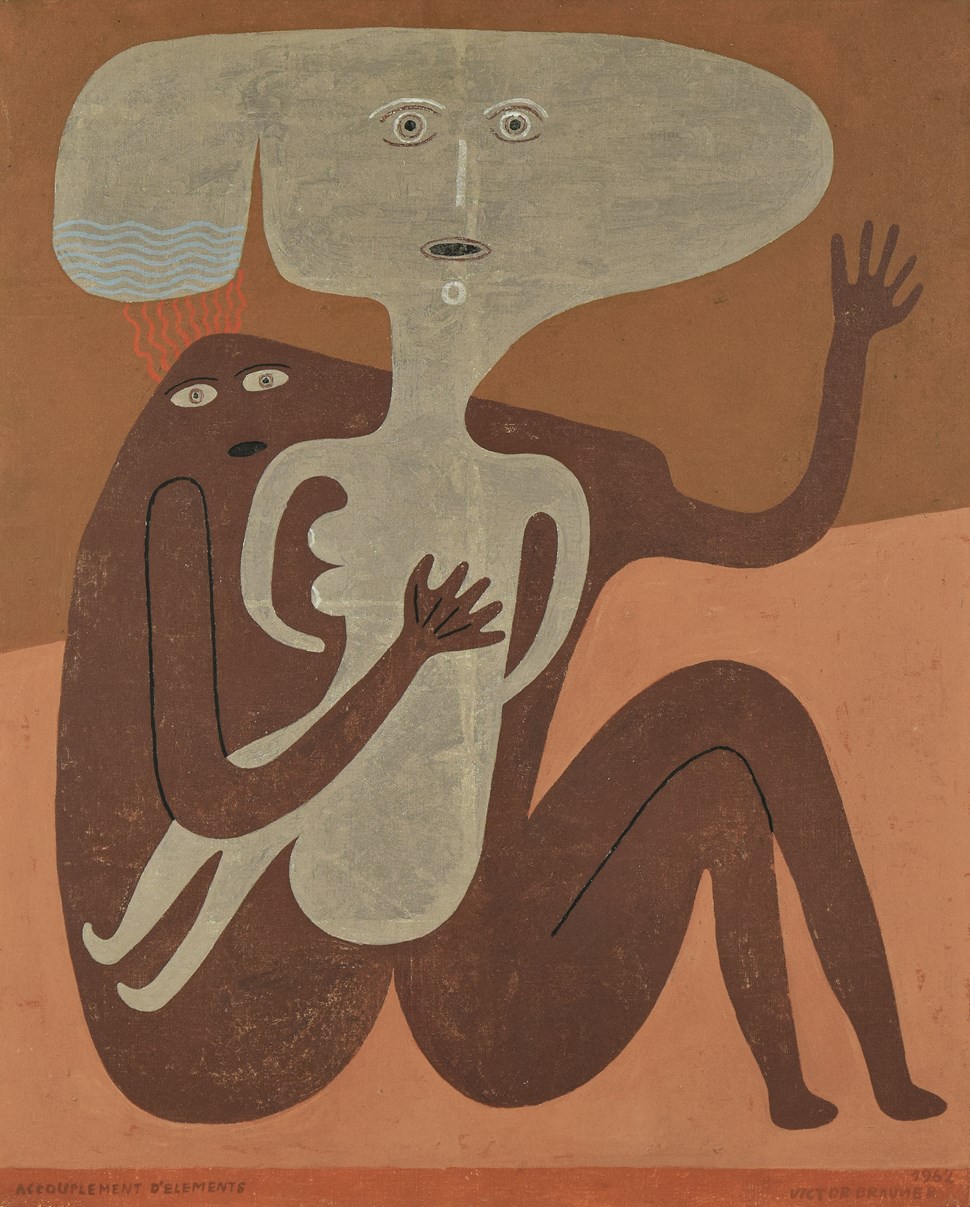 Born in Romania to Jewish parents, Victor Brauner studied at the National School of Fine Arts in Bucharest and enjoyed his first solo exhibition there in September 1924 at the Galerie Mozart. Influenced by a diverse body of work – from Impressionism and Expressionism to Dadaism and Surrealism – alongside other Romanian artists and poets, during the 1920s Brauner developed several avant-garde publications in Bucharest.

For a crucial five-year period – between 1930 and 1935 - Brauner lived in Paris and settled in the south of the city near Montparnasse, becoming a neighbour and friend of the older fellow-Romanian artist Constantin Brâncuși. Another neighbour, French artist Yves Tanguy – with whom he would briefly live later in the decade - introduced Brauner to Surrealism and its group centred around the poet of ‘automatism’ André Breton. For Brauner’s 1934 Paris debut at the gallery of French art dealer Pierre Loeb, Breton wrote an admiring introduction to the exhibition’s catalogue. The pre-eminent symbolism within Brauner’s paintings - concerned with psychoanalyst Sigmund Freud’s notion of the ‘unconscious’ – were uniquely influenced by esoteric mysticism and ancient mythology. In August 1938, Brauner lost his left eye when a glass was thrown in his face during a violent altercation with two Spanish Surrealist artists. Curiously, and with some prescience, seven years earlier Brauner had painted a self-portrait with a mutilated eye. Jewish-born and a confirmed Communist, upon the Nazis invasion of Paris in June 1940 Brauner escaped initially to Marseille in the south of France, where he managed to live alongside other Surrealists before being forced into hiding.

Returning to Paris after the war, Brauner participated in the 1947 International Surrealists exhibition at the gallery of French art dealer Aimé Maeght. Soon dividing his time between studios in Paris’s Montmartre and coastal Normandy, in 1954 he represented France at the prestigious Venice Biennale. In 1961 Brauner enjoyed a large-scale exhibition at New York City’s Bodley Gallery on the Upper East Side and five years later was chosen once again to represent France at the 1966 Venice Biennale. Buried in Paris at Montmartre cemetery, the epitaph on his tombstone – drawn from his personal notebooks - reads ‘Painting is life, the real life, my life’.