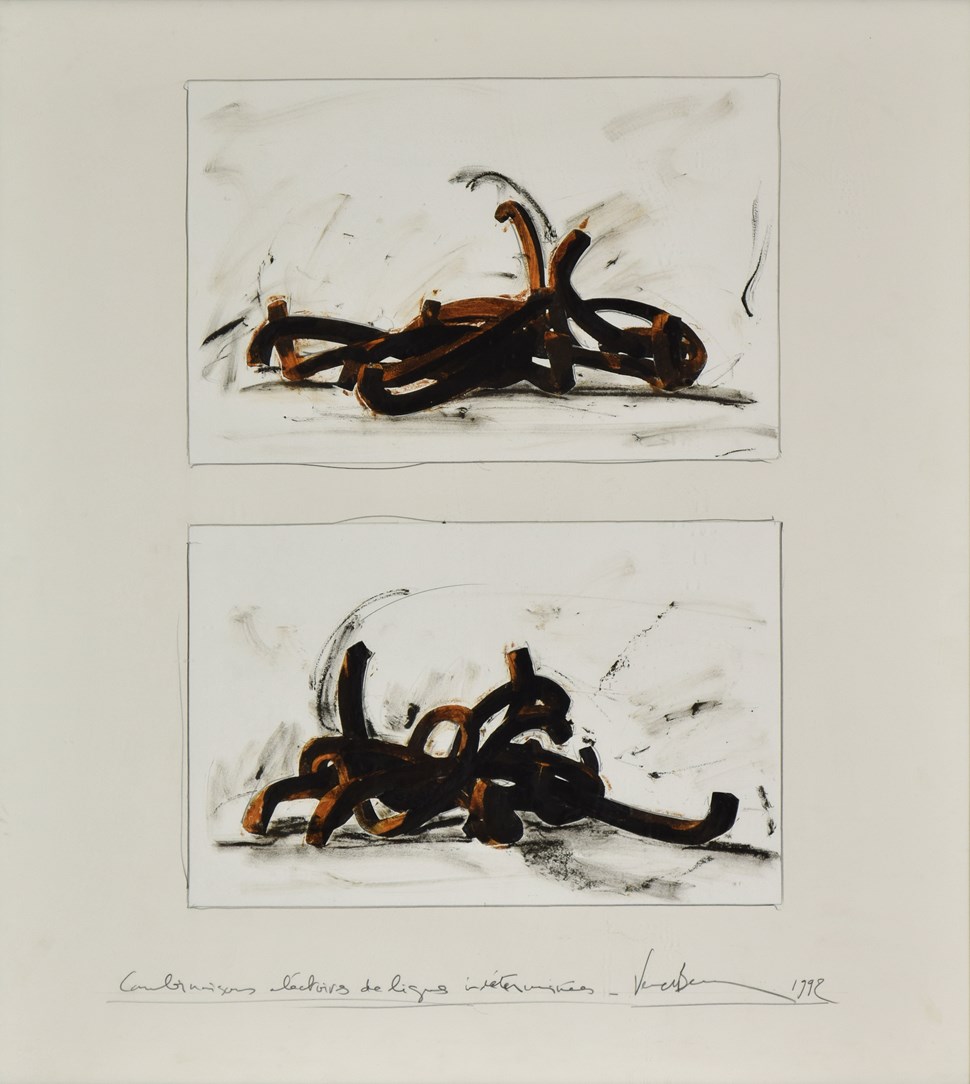 French conceptual artist Bernar Venet was born in 1941 in Château-Arnoux-Saint-Auban in the French department of Alpes-de-Haute-Provence. His early ambitions to become a missionary were replaced when, at the age of ten, he began drawing and painting under the tutelage of a local artist. Aged eleven, Venet sold his first painting and soon after, the young talent discovered a book on Renoir, which further confirmed that a career as a successful artist was within reach, and that he could escape the fate of working in a factory like the inhabitants of his hometown. Venet’s pioneering spirit has had a profound impact of the development of contemporary art. As one of the early practitioners of conceptualism, contemporary art today is indebted to his innovations. Venet currently lives and works in New York and Le Muy in France.

Venet’s artistic training began at the Villa Thiole, the municipal art school of Nice, in 1958. After studying for a year, he worked as an assistant stage designer for the Nice City Opera. Even when his career was interrupted by military service in his early '20s, Venet continued his to practice his art. He was granted access to an attic which he converted into a studio and began creating paintings using tar and making cardboard relief works. Outside the studio, Venet produced sound performance pieces in the parade grounds of his barracks. Upon completing his military service, Venet returned to Nice where he established his atelier. During this period he became friends with Arman and other New Realist painters. While his tar paintings and cardboard reliefs brought him a degree of recognition, it was his, now iconic, 'Tas de Charbon' (Pile of Charcoal), 1963, that established his reputation as an innovator. Today, 'Tas de Charbon' is credited as being the first sculpture without a specific shape and the first instance of an unmanipulated natural material presented as a work of art. By creating a work that could be reshaped, resized, altered and moved, Venet challenged the confines of sculptural representation and changed the definition of sculpture.

At Arman’s bidding, Venet decided to move to New York in 1966. It was not long before Venet had aligned himself with the avant-garde and established friendships with artists such as Sol LeWitt, Lawrence Weiner and On Kawara. Indeed, Venet recalls, ‘after two or three years, I was already exhibited in group shows in the top galleries in New York. I became very friendly with the Minimalists and very quickly I started to show with them. I was very lucky. It went very fast. I went there at the right time.’ Working alongside these American contemporaries as well as Joseph Kosuth, Robert Barry, Donald Judd and Dan Flavin, Venet participated in the radical Conceptualist movement, which LeWitt defined as a movement where “the idea or concept is the most important aspect of the work…the idea becomes a machine that makes the art.” Inspired by mathematics and scientific explorations, Venet was one of the pioneers of Conceptualism. Indeed, his ambition has always been to forge new artistic paths and create a new artistic language, as he famously asserts: “It is not art if it doesn’t change the history of art.”

Since the mid 1970s, Bernar Venet’s artistic practice has become synonymous with his conceptual focus on the line. Straight and indeterminate lines as well as their variants, arcs and angles, have come to characterise his oeuvre, appearing in painterly and sculptural form. His Indeterminate Lines are particularly important in his work, representing for him a line that is totally free. While Venet jokes that the idea for his indeterminate lines came to him on a plane over a glass of white wine while flying to New York, his time studying cultural theory at the Sorbonne in Paris in 1971 surely contributed to his development of this idea. In Venet’s practice, the conceptual idea of the line and its variants is more important than the visual aspect of the work he produces. For this reason, he shifts seamlessly from preparatory drawings to paintings to sculpture, using different media to explore the subject of the line.

Since his first retrospective in Paris at old 30 years old, Venet has gone on to become one of the most internationally exhibited French artist, with 30 public sculptures exhibitions and monumental works installed in cities around the world. He has exhibited internationally throughout Europe, South America, Asia and the USA, both in solo museum shows as well as major art events including Kassel Documenta in 1977 and the Biennales in Paris, Venice and Sao Paolo. To celebrate his exemplary contributions to the field of sculpture, he has received many prestigious awards, including the Grand Prix des Arts de la Ville de Paris and the Chevalier de la Légion d’Honneur. Today, a large number of his works are housed in the Venet Foundation in Le Muy, a sculpture park and gallery which, in addition to his own work, boasts emblematic works from his personal collection of conceptual and minimalist art, including works by Frank Stella, LeWitt, Man Ray, Marcel Duchamp, Richard Serra, François Morellet, Carl Andre, Andy Warhol, Richard Prince, Jeff Koons, Damien Hirst and Roy Lichtenstein. 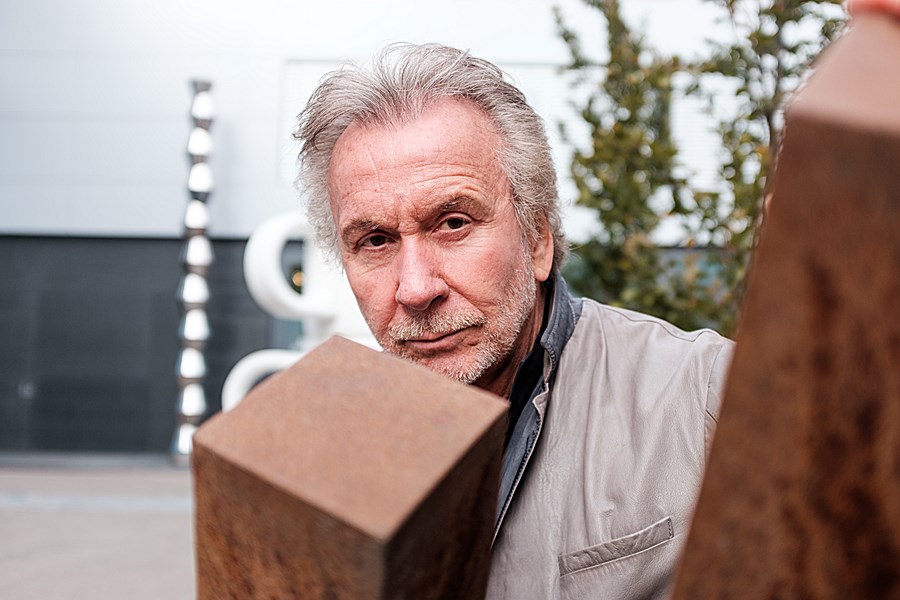