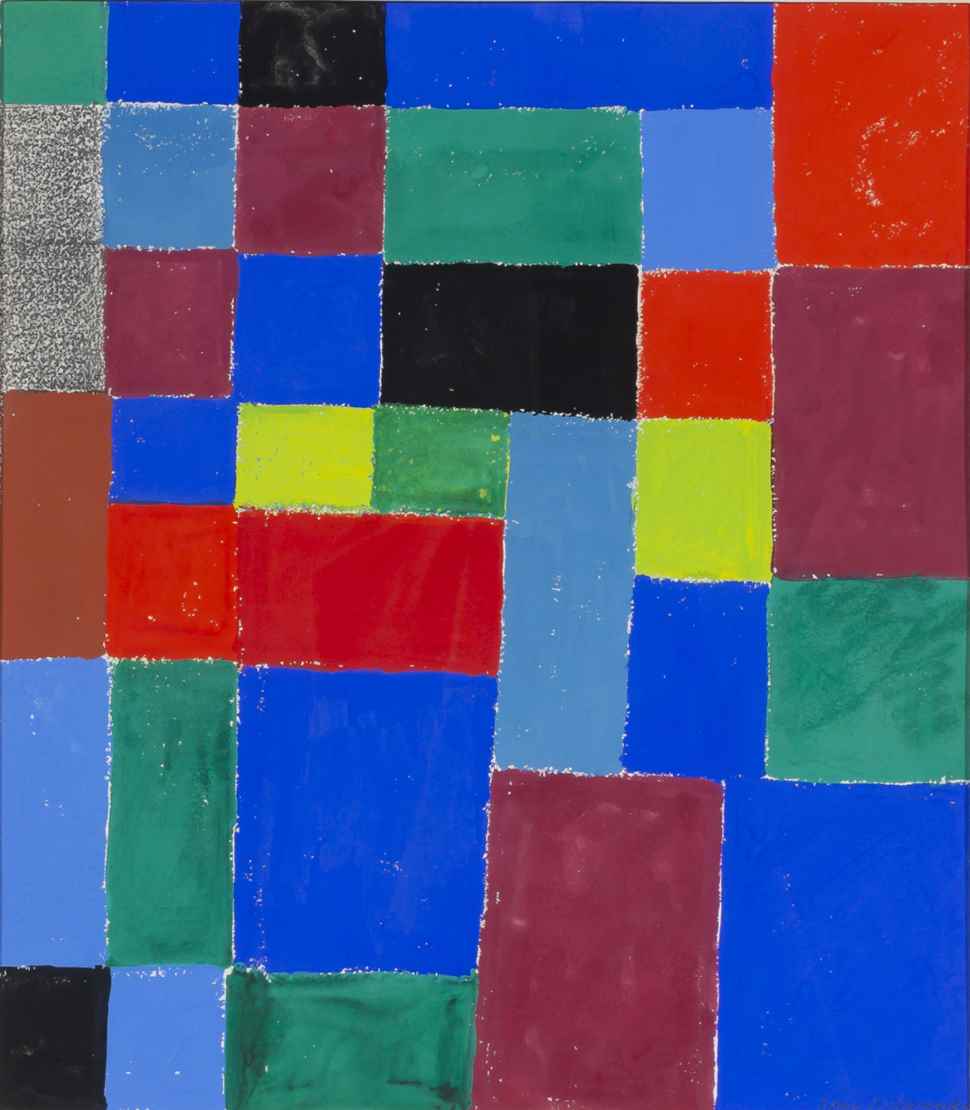 Born on the banks of the Dnieper River in present-day Ukraine, Sonia Delaunay was brought up by an aunt and uncle in St Petersburg. At the age of eighteen she was enrolled at the Academy of Fine Arts in Karlsruhe near the German-French border before moving to Paris to continue her studies at the progressive Académie de La Palette in Montparnasse. During her early years in Paris she discovered her love for the vivid paintings of influential artists like Vincent Van Gogh and Henry Matisse.

In 1908 - in what is assumed to be a mutually beneficial ‘marriage of convenience’ - Sonia married the German art dealer Wilhelm Uhde. Soon after meeting the French artist and ‘poet of colour’ Robert Delauney at Uhde’s Paris gallery near the Luxembourg Gardens, Sonia began an affair with him that would lead to her divorce from Uhde in 1910. The following year she gave birth to Delaunay’s son Charles. In 1912, Sonia and her husband Robert pioneered a style of colourful purely-abstract cubist painting known as Simultanism (or Orphism - a vague term coined by their friend, the French poet Guillaume Apollinaire) to which each remained artistically faithful throughout their lives.

Over the following years Sonia exhibited in Paris, Berlin and Stockholm, and on the outbreak of the First World War she and her family fled to neutral Portugal. Soon in need of a supplementary income, Sonia began designing avant-garde costumes for the Russian ballet impresario Sergei Diaghilev. Upon returning to Paris in 1921, she trademarked her colourful and geometric fabric designs and three years later launched a stylish fashion label worn by British socialite Hon. Nancy Cunard and Hollywood star Gloria Swanson. As Sonia said, the Great Depression ‘liberated’ her from the demands of her fashion and interior design business, enabling her to quietly return to painting during the 1930s.

After the Second World War - and Robert’s death in 1941 - she became something of a French national treasure. In 1964 she was the first living female artist to have a prestigious retrospective of her work exhibited at the Louvre in Paris. Towards the end of her life, Sonia – after inauguration into the French Legion of Honour and the well-received publication of her memoirs – even enjoyed a resurgence of commercial interest in her timeless fabric and homeware designs from the 1920s. Her major works feature in public collections across the world.