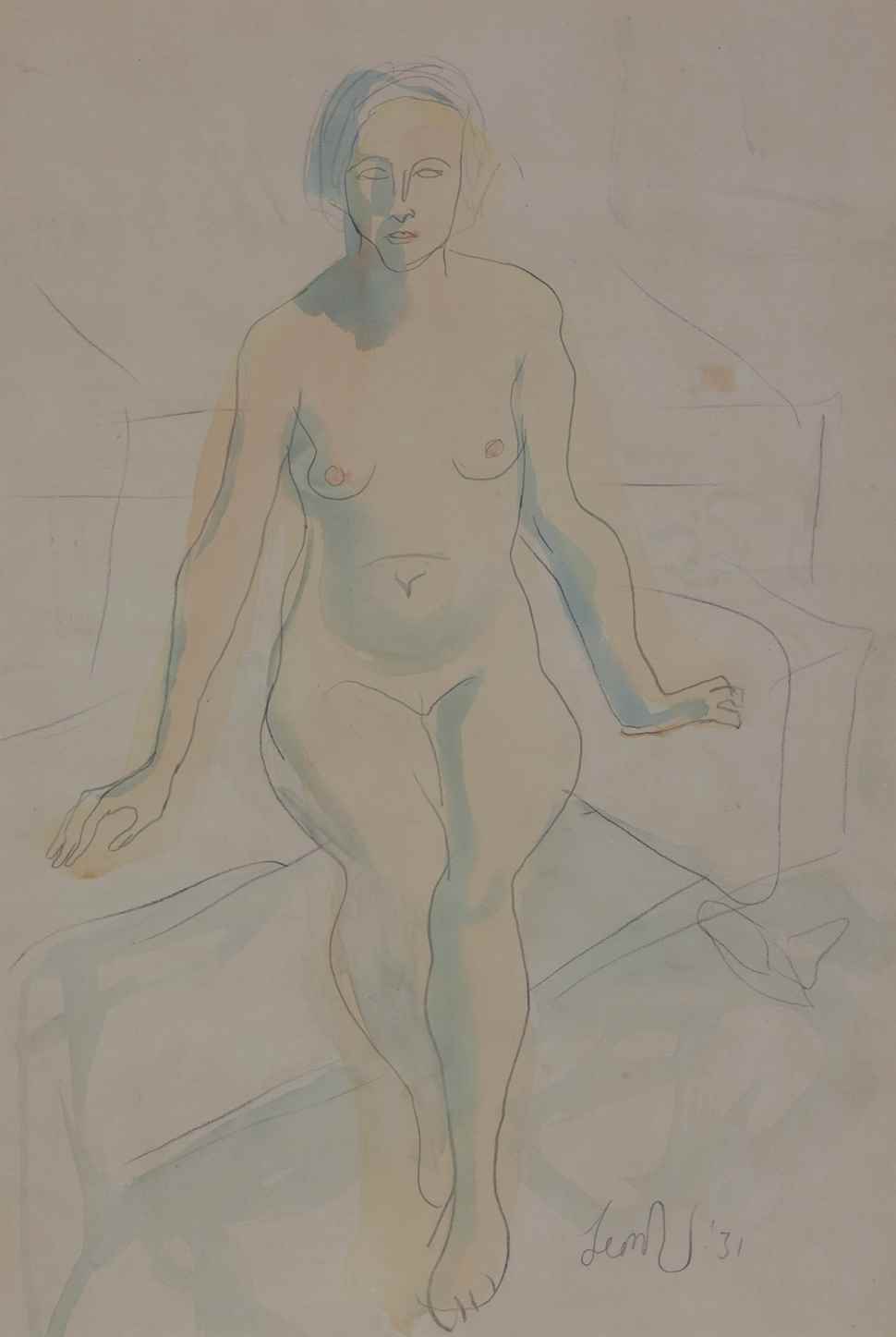 Born in 1890 in Shepherd’s Bush, London Underwood was an important figure mid-20th century British art. His father owned an antique and print shop in Paddington where he would work before attending Regent Street Polytechnic in 1907. He also studied at the Royal College of Art (1910-13) and the Slade School of Art (1919) learning life drawing under Henry Tonks. In 1920, he won the prix de Rome and a year later he established the Brook Green School of Art in Hammersmith, London which included pupils such as Henry Moore and Eileen Agar. He served in the First and Second World Wars and travelled extensively throughout his life to countries such as Mexico, the United States and West Africa to seek inspiration from different cultures. In 1931, he founded the journal of art and literature ‘The Island’ with Joseph Bard, a Hungarian poet in 1931.

The art of the Aztecs and Africa particularly influenced him and he started exploring the subjects in his own drawings and watercolours and building his own art collection of African artefacts.

His works are exhibited in the collections of the Tate Gallery, British Museum, National Portrait Gallery, the Brooklyn Museum and in private collections in Britain and internationally. Kaplan Gallery, London devoted a retrospective to his works in 1961, the Minorie, Colchester in 1969 and Pallant House gallery, Chichester in 2015.