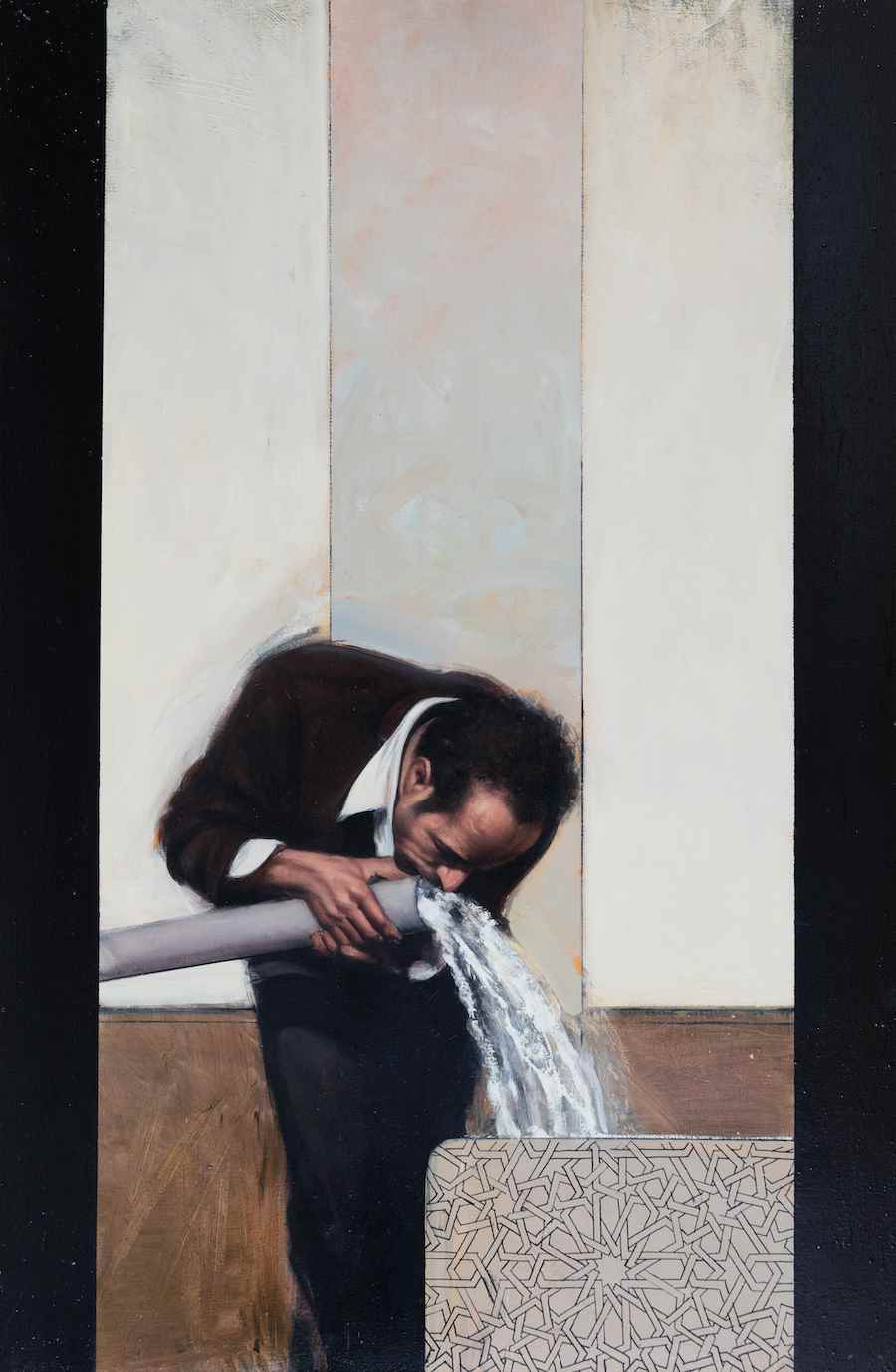 Stephen Conroy is a contemporary Scottish painter born in 1964 in Helensburgh, who works and lives in Glasgow. He studied at the Glasgow School of Art between 1982 and 1987. Conroy is inspired by artists Francis Bacon and Lucien Freud. He is best known for his figurative portraiture often depicting men posing in suits on geometric and theatrical backgrounds.

In 1986 he won the first prize for painting at the Royal Academy’s British Institute Fund Awards and in 1998 he won the Grand Prize of Rainier III, Prince of Monaco. He gained very early international recognition and had solo several exhibitions at Marlborough Fine Art, London. His works are held in important collections such as the National Portrait Gallery, London; Scottish National Gallery of Modern Art, Edinburgh; Metropolitan Museum of Art, New York among others.