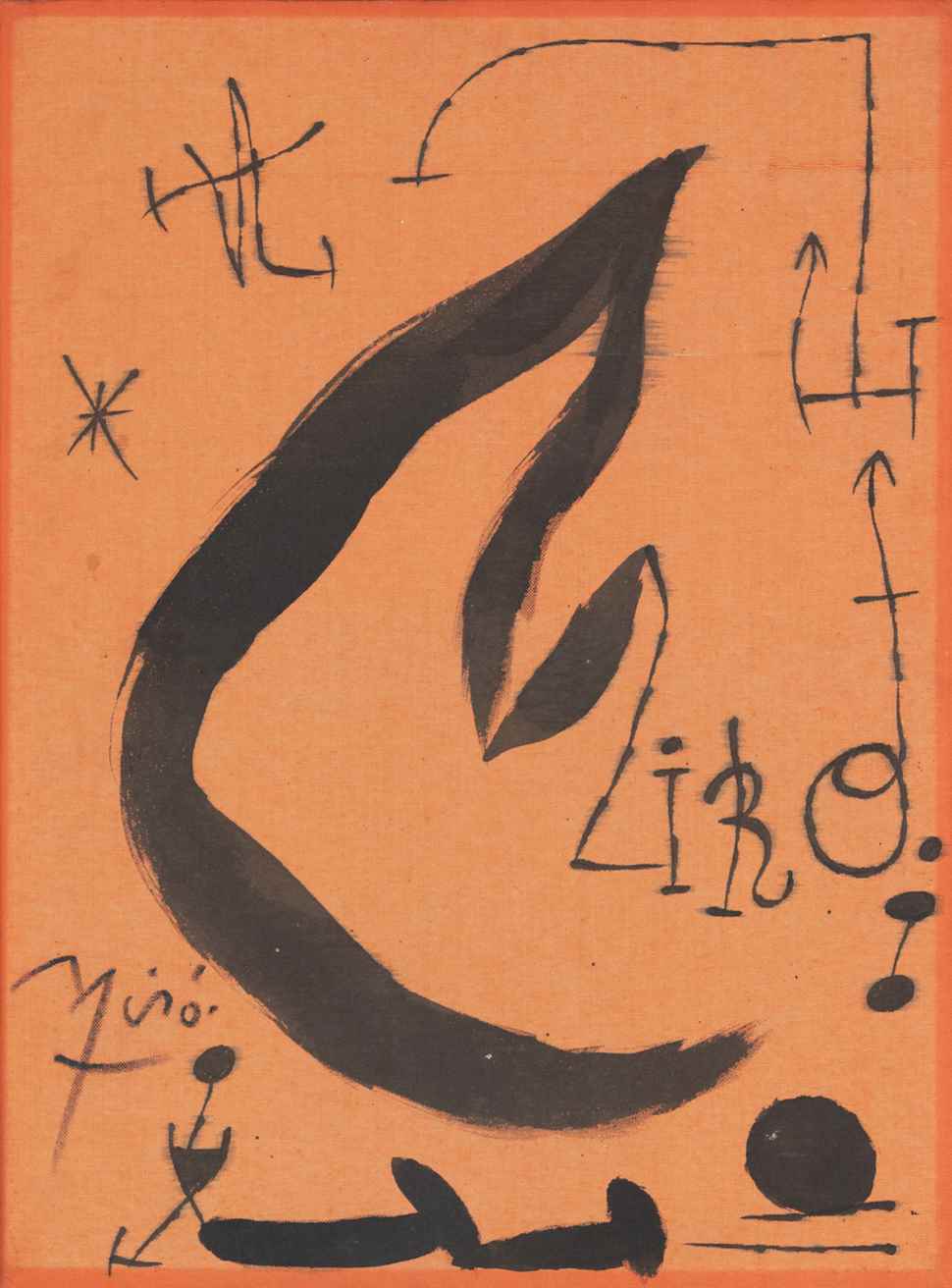 Joan Miró, one of the most influential artists of the 20th century, was born in Barcelona in 1893. He attended business school before dedicating his life to arts. He studied at the art academy of his hometown in Barcelona, where the artist-teacher Francisco Galí taught him how to draw and understand the objects and their spatiality.

His early works were inspired by Abstract Expressionism, Fauvism and Cubism. And the deeply rooted Catalan influence followed him throughout his lifetime.

From 1919 onward, Miró lived in both Spain and France. In the 1920s Miró had a studio in Paris where artists and intellectuals would meet including Pablo Picasso, André Masson, Max Jacob and Tristan Tzara, and where he developed the pictorial sign language. In 1921 Josep Dalmau organised Miró’s first Parisian solo exhibition at the Galerie la Licorne. Miró signed the manifesto of the Surrealist movement in 1924 and contributed majorly to the art movement. Although he was deeply influenced and an influential figure of Surrealism and Dadaism, he did not consider himself part of any artistic movement. André Breton did describe him however as “the most Surrealist of us all”.

Miró’s art took distance from the subject matter juxtaposing abstraction and semi-abstraction with signs, fantastical, lyrical and geometrical shapes from the artist’s imagination. His persistence for experimentation allowed him to represent on canvas the subconscious mind using a schematic and simplistic language.

Miró’s works began to receive international recognition in the second half of the 20th century. Pierre Matisse played a part in this recognition when he opened his art gallery ‘The Pierre Matisse Gallery’ in New York, becoming an influential gallery for Modern art in USA, and exhibiting Miró’s works. Miró received awards, prizes and even an honorary degree from the university of Barcelona in 1979.

Among his later works when fame began, he received many mural and sculpture commissions. He also created over 250 illustrated books known as the ‘Livres d’Artiste’.

He died in 1983 in Majorca, Spain, a year after finishing a grand public sculpture in Barcelona ‘Woman and Bird’.

His works are exhibited in both private and public collections, the latter including the Tate, London; the Museum of Modern Art, New York; the Grand Palais, Paris, among others.