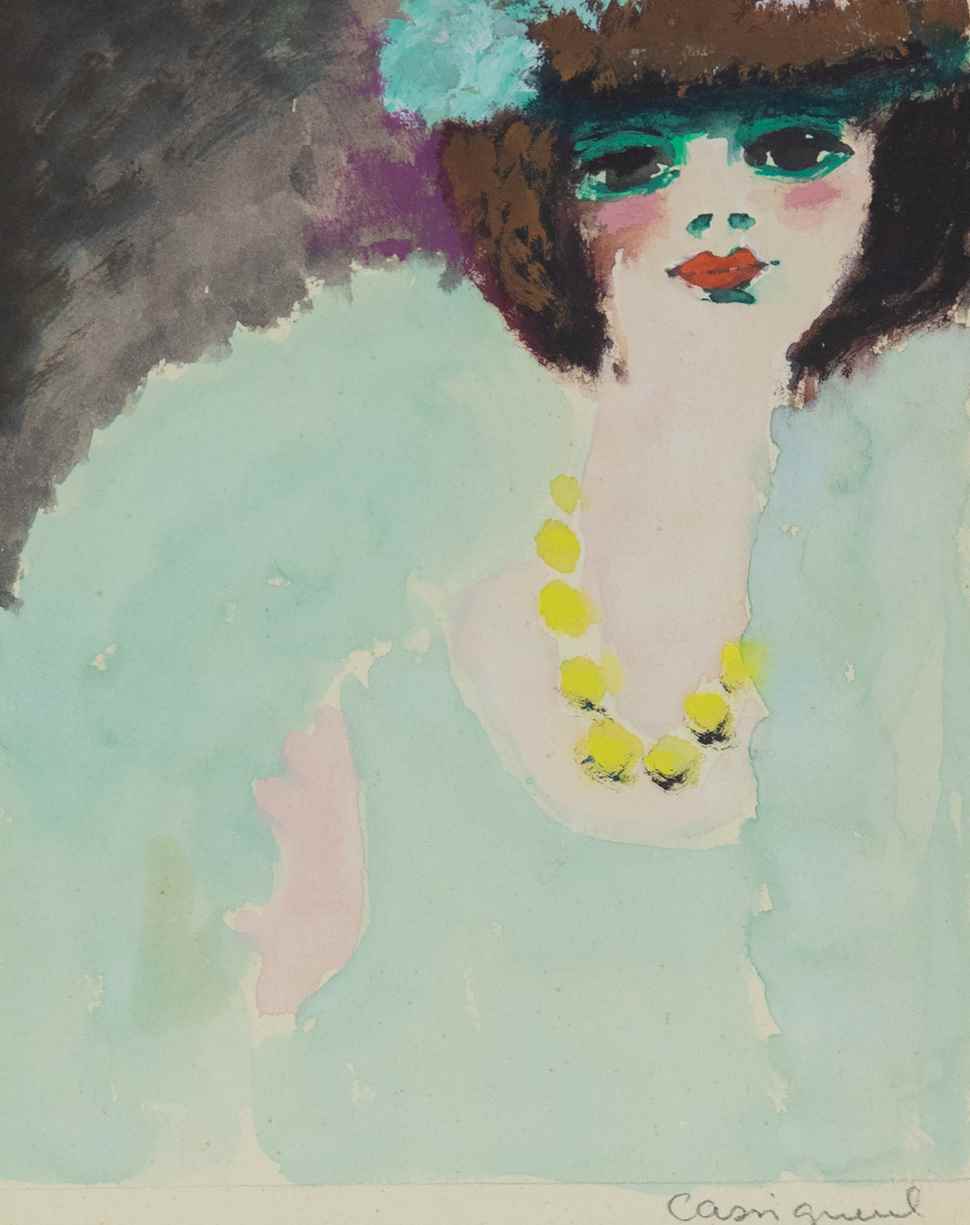 Born in Paris on 13 July 1935, Jean-Pierre Cassigneul grew up in the exciting world of Parisian haute couture. His father, Jean Dessès (1904 – 1970), was the founder of a world-leading fashion house, designing dresses for European royalty and movie stars, among others. Surrounded and inspired by his father’s modern designs and fashion models, Cassigneul would later integrate those subjects into his vibrant yet often melancholic paintings of fashionable women in hats.

Studying at the Académie Charpentier in Montparnasse, Cassigneul was soon introduced into the art scene of the neighbourhood. Notably, he made a good impression on the model and gallerist Lucy Krohg, who offered to exhibit his artworks in her own gallery. He was only seventeen when in 1952 he had his first solo exhibition at Galerie Lucy Krohg in Paris.

It was in the 16th arrondissement, however, that Cassigneul met another significant figure in his life and artistic career, namely Jean Souverbie (1891-1981). As his friend and mentor, French painter Souverbie had a great influence on the young Cassigneul, introducing him to the work of artists such as Pierre Bonnard and Edouard Vuillard, also known as Les Nabis. Soon after, Cassigneul was accepted into the prestigious École Nationale Supérieure des Beaux-Arts de Paris, where he worked for the well-established artist Roger Chapelain-Midy (1904-1992) from 1956 to 1960. In 1958, the Galerie des Beaux-Arts exhibited his works, while in 1963 Cassigneul took part in the Salon de la Jeune Peinture alongside French painters Bernard Buffet (1928-1999) and André Minaux (1923-1986).

Unlike many artists who throughout the 1920s and 30s shifted their style to abstraction, Cassigneul was always faithful to figurative painting. His elegant women stand out as the primary focus of attention against vague maritime backgrounds. Lively and colourful in his earliest works, the solitary women adopt more sombre and pensive moods in his adult compositions, proof of the artist’s greater experience and deeper awareness of the world.

It was the encounter with Japanese art dealer Kiyoshi Tamenaga, later to become the artist’s representative in Japan, that launched Cassigneul’s career in the international art market. In 1966, his paintings were exhibited at the International Exhibition of Figurative Art in Tokyo, while in 1969 the Mitsukoshi Gallery in Tokyo showed his lithographs. Since his first trip in 1970, Cassigneul has been travelling increasingly both to Japan and the United States, where he had numerous exhibitions.

One of the most well-known living French artists, Cassigneul now lives and works in Paris, where he continues to paint the fashionable women who are now widely known and appreciated around the world.