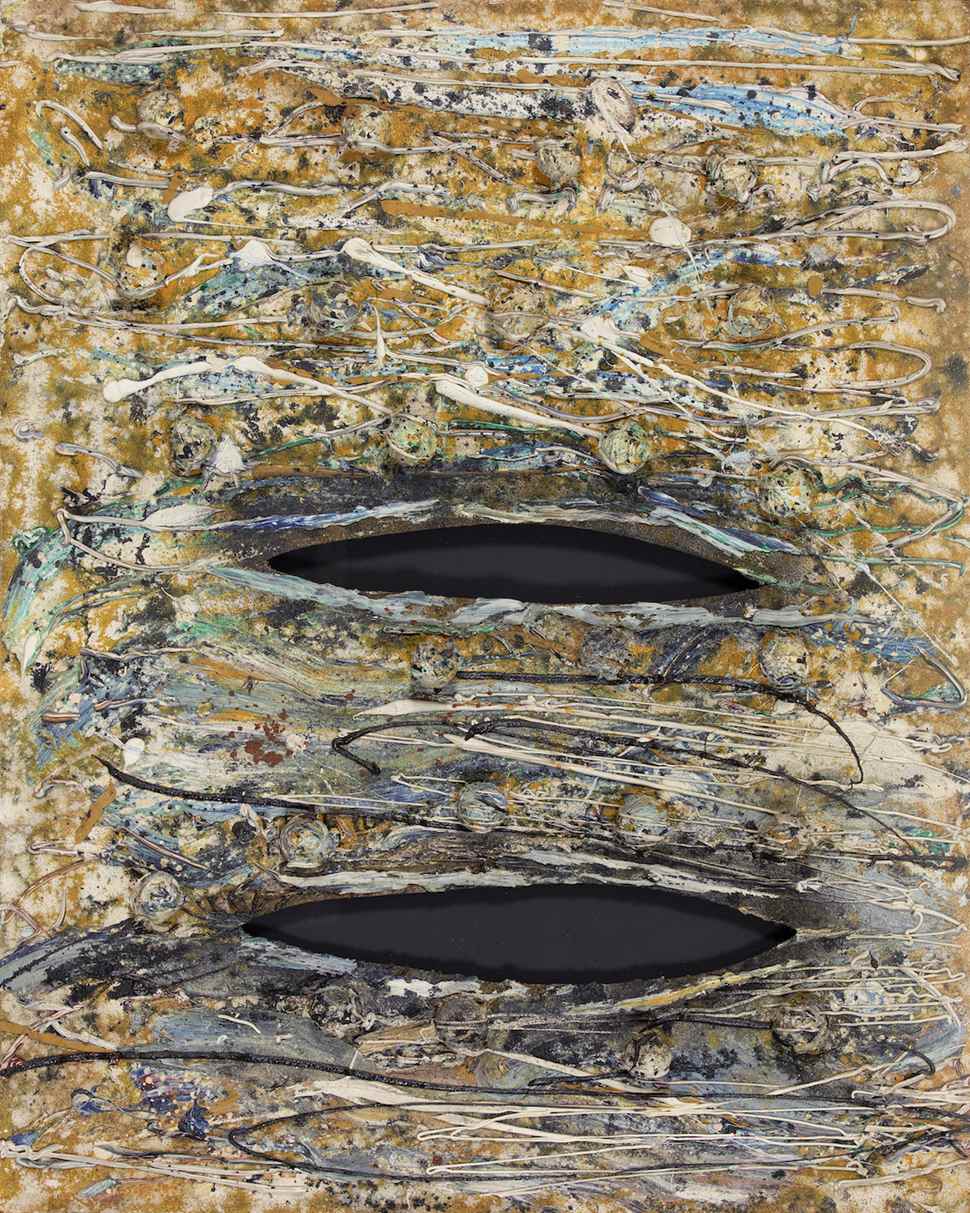 After receiving acclaim for his assemblage approach, today Christo Coetzee is celebrated for avant-garde work informed by his global travels, and inspired by African, European, and Asian cultures.

Born in South Africa, Coetzee began his career in Johannesburg, attending Wits university from1947 to 1950. Following his graduation, Coetzee had his first solo exhibition in Cape Town, opened by John Paris of the SA National Art Gallery. In 1951, he received a scholarship to study at the prestigious Slade School of Fine Art in London.

Following his studies, while briefly repaying a visit to South Africa, Coetzee returned to London in 1953 where he eventually found a job at a reputable framing company. Here, Coetzee gained numerous contacts in the art business and learnt framing methods which would later inform his own practice. During this period, he met Anthony Denney, a photographer and art collector, who had a network of influential friends. Denney also helped to organise Coetzee’s first international solo exhibition, held at the well-known Hanover Gallery, in March 1955. With a reputation for presenting the best, and most challenging modern artists, such as Francis Bacon, Alberto Giacometti, and Lucian Freud, Coetzee’s exhibition at Hanover Gallery marked him as a name to watch-out for.

In 1956, through the mediation of the British Council, Coetzee received funds from the Italian government to stay in Italy for four months. While in Italy, renowned French art critic Michel Tapié visited Denney’s house and saw one of Coetzee’s paintings. When Tapié returned to Paris, he immediately sent Coetzee an invitation to join him. From Italy, Coetzee travelled to Paris. He was introduced to various gallerists and became involved with the Art Informel movement.

In 1959, Coetzee travelled to Japan where he connected with the Guati group - a collection of avant-garde artists who also collaborated with Tapié. Gutai became an important influence on Coetzee for the rest of his career, and he found inspiration in their radical and spontaneous approach to creating art. With their recommendation his work was exhibited in Osaka and Tokyo.
Coetzee returned to Paris and stayed there until 1965, before settling in a small mountain village in Spain. During his last years in Paris, he had two solo exhibitions at the highly regarded Galerie Stadler.

A highly international artist, Coetzee has established a strong reputation outside of South Africa and his works continue to thrive on the global art market.