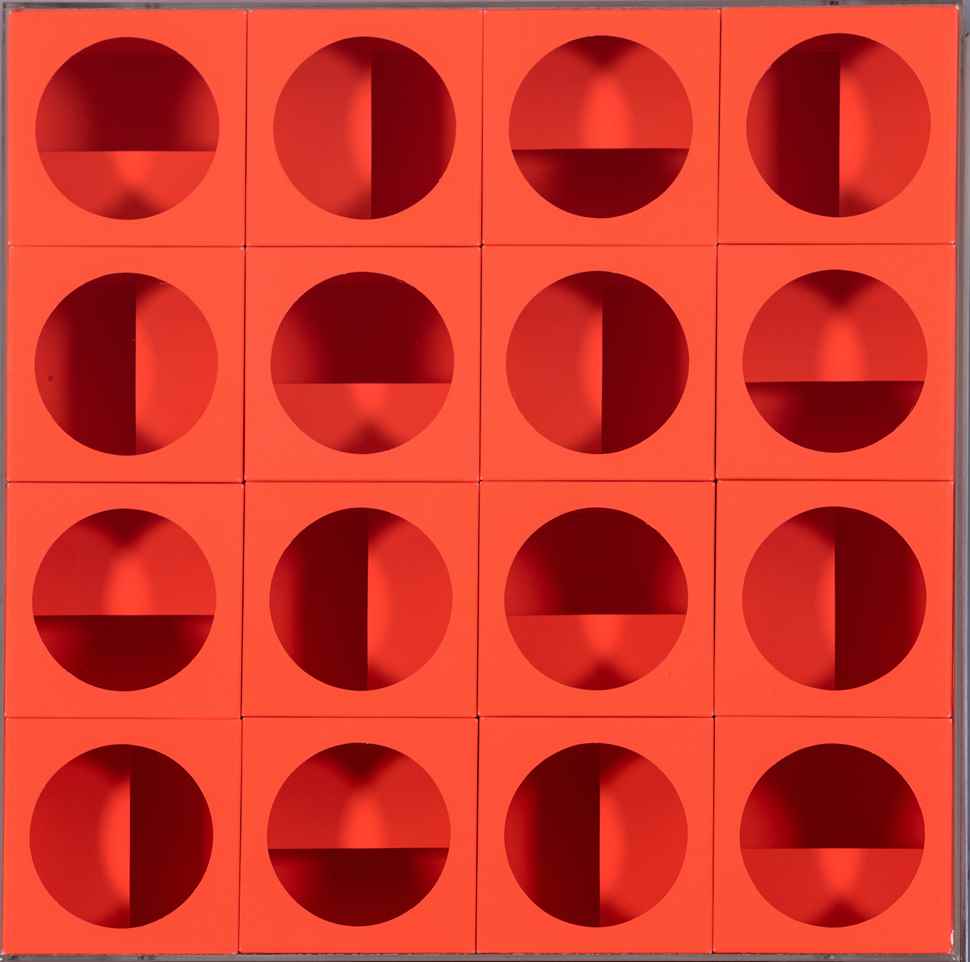 Born in Florence, Italian artist Paolo Scheggi is considered a pioneer of Spatialism, revered for his artistic engagement in conceptual reflections and metaphysics. With his career most active between 1958 and 1971, today Scheggi’s work is recognisable by its bright sculptural style, and recurring elliptical motifs.

After studying for a period in London, in 1961 Scheggi moved to Milan where he joined the Azimut/h project - an art gallery and magazine run by the Italian artists Enrico Castellani and Piero Manzoni. The project was focused on innovation and conceptual art. While the Azimut/h was short-lived, it introduced Scheggi to a wider circle of artists interested in the neo-avant-garde, such as Lucio Fontana, Heinz Mack and Yves Klein.

In 1965, Scheggi participated in the third exhibition organised by the New Tendencies. Held in Zagreb, Croatia, the New Tendencies were interested in developing a broader European artistic network - as such increasing Scheggi’s international following. Over this period, he remained well-established in Northern Europe, continuing to regularly exhibit with groups such as the ZERO and Nul. By 1966, aged only 26, he was invited to exhibit his work at the Venice Biennale.

Informed by the neo-avant-garde ideas he was exposed to during the 1960’s, he received international acclaim for his Intersuperfici and Strutture Modulari works. By layering monochromatic surfaces, Scheggi created distinctive geometric openings which play with the field of vision.

The latter part of his career was centred around further exploring the idea of the painting as an object, rather than a surface. During this period, he collaborated on several architectural projects with the like of Mendini and Olivieri.

After his death in 1971, Scheggi’s last works were exhibited posthumously at the 1972 Venice Biennale, with artists such as Fontana paying tribute to his life and work.