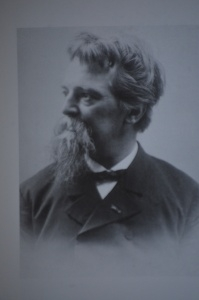 Image courtesy of Ville-Pontoise
Louis Hayet was born to a modest family in Pontoise, near Paris, and despite early evidence of considerable artistic and academic talents, he began his career as a travelling salesman.

The science-based principles of Neo-Impressionism followed Hayet to the end of his painting career, after which he dedicated his time to scientific research into pigments.
Read more