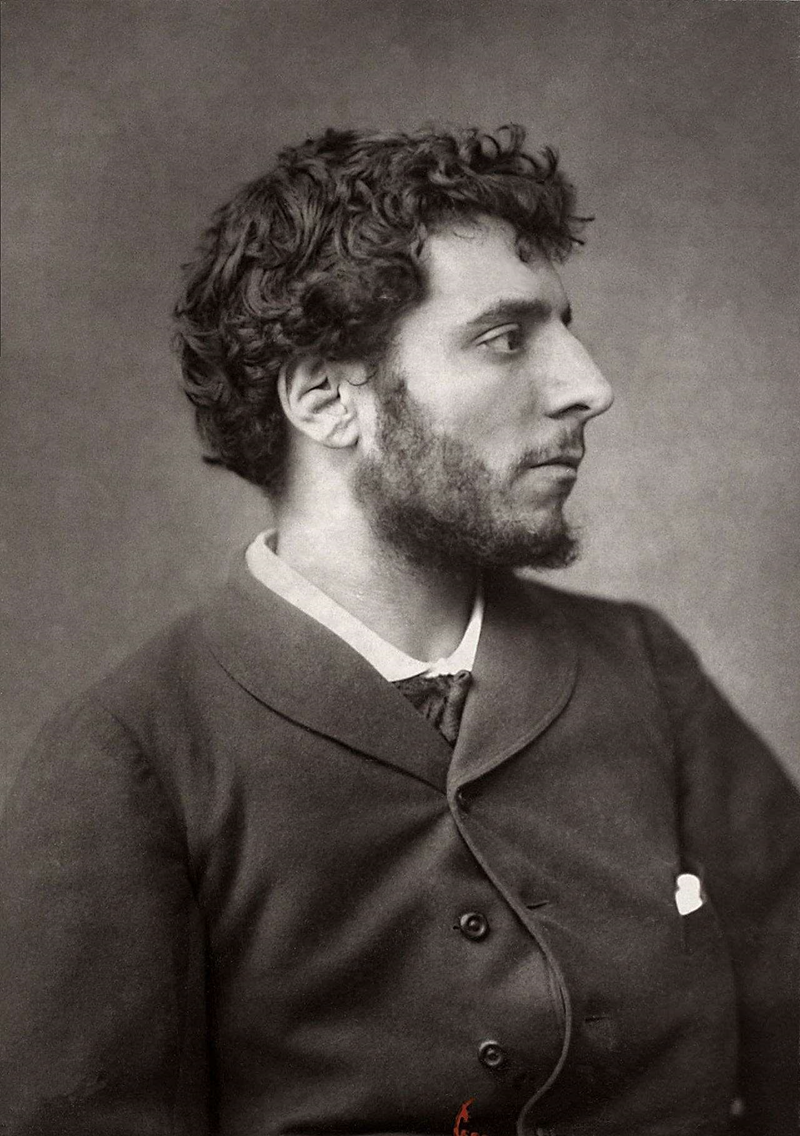 (credits: Anatole Louis Godet)
Born in Toulouse to a French cabinetmaker and a mother of Italian descent, Martin successfully persuaded his father to permit him to become an artist. He began his career in 1877 at the Toulouse School of the Fine Arts, where he was under the tutelage of Jules Garipuy (he was also a pupil of Henry-Eugéne Delacroix). In 1879, Martin relocated to Paris and with the help of a scholarship, was able to study in Jean-Paul Laurens' studio. Four years later, he received his first medal at the Paris Salon, where he would hold his first exhibition three years later in 1886.

The year after he won his first medal, Martin was awarded a scholarship for a tour in Italy, where he studied the work of veterans such as Giotto and Masaccio. His 1889 canvas submission to the Salon earned him the gold medal for work that has been described as Pointillist. That same year he became a member of the Legion of Honour. At the 1900 World Fair, he was awarded the Grand Prize for his work. During this period, he became friends with Auguste Rodin.

Although Martin's work as a neo-impressionist is not considered ground breaking, his work was rather well received, and has been associated with world-class symbolist painter, Puvis de Chavannes.

Due to his introverted temperament, Martin decided to move away from Paris. After a decade of searching for an ideal home, Martin bought Marquayrol, a mansion overlooking La Bastide du Vert, near Cahors. He performed his best work in the new tranquil environment, and died there in 1943.