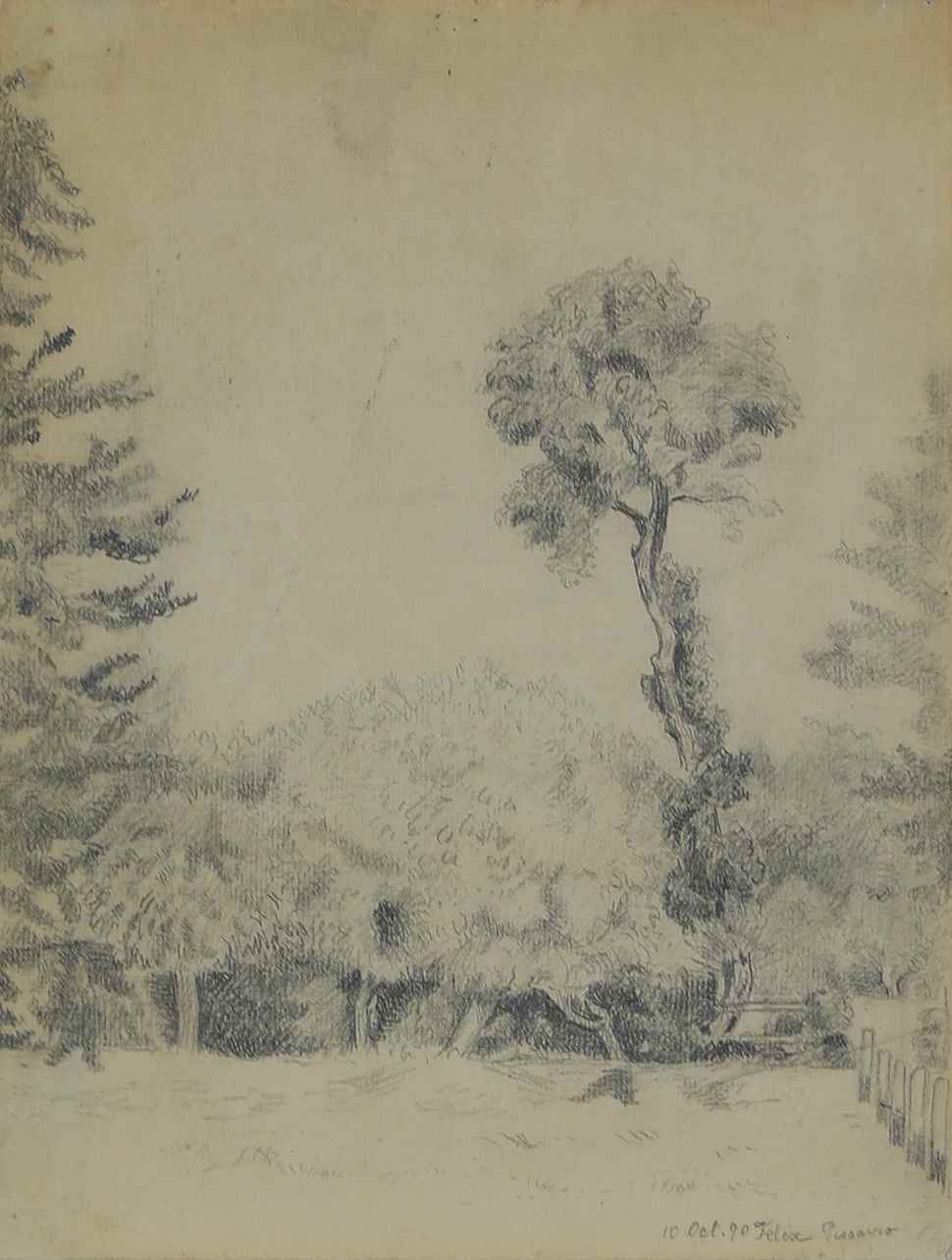 Félix Pissarro, affectionately known to his family as “Titi”, was born in Pontoise in 1874, the year of the first Impressionist exhibition.

The third son of Camille Pissarro, Félix was a painter, etcher and caricaturist. From an early age his work demonstrated great strength and originality, prompting his father to comment that, of all his artist sons, Félix showed undoubtedly the most talent and promise of becoming a major artist.

Aged 12, while apprenticed to a cabinet maker, Félix much preferred to roam the local countryside of Éragny, sketching and painting horses, much to the despair of his mother but the joy of his father. As Camille noted, Félix showed an abiding fascination with and talent for drawing horses, which is amply reflected in the majority of Félix’s work appearing in the Ashmolean museum collection.

Of all his brothers, Félix bonded most closely with Georges, despite their different personalities. Dividing their time principally between London and Éragny, they also visited and painted in Belgium and Barcelona. Their works were exhibited in the 1893 French Decorative Art exhibition, organised by Paul Durand-Ruel in his Grafton Gallery, London, and in 1894 in Paris for the opening of Lucien Moline’s Neo-Impressionist Gallery.

Félix also travelled to Belgium with his father Camille, where, hosted by the Neo-Impressionist painter Théo van Rysselberghe, they visited galleries and museums and painted together. On Camille’s return to Paris Félix remained in Belgium, happily sketching and painting in what was a very productive period for him. He was joined in Brussels by Georges in October 1894 and they both exhibited works in the Libre Esthétique show of February 1895 before returning to London.

The brothers also began focussing on applied arts, making decorated wooden boxes painted with unique designs. In December 1895 their work was exhibited in Paris at the debut show of Siegfried Bing’s Maison de l’Art. During this period both brothers adopted pseudonyms, Georges choosing Manzana, the maiden name of Camille’s mother, while Félix chose Jean Roch. A settled and productive spell which continued throughout 1896 was ended in March 1897 when Félix’s health began to fail, just as brother Lucien, eleven years his senior, suffered a stroke. While Lucien would eventually recover, in one of life’s cruel ironies Félix succumbed to tuberculosis and died in November 1897, at the age of 23, before he was able to begin realising his full artistic potential.

In a posthumous article, Octave Mirabeau lamented his untimely passing, attributing to him “uncommon talent, fervent imagination, originality, passion, vision, spontaneity and, above all, natural aptitude”, qualities which he was adamant would have made of Félix a truly great artist.