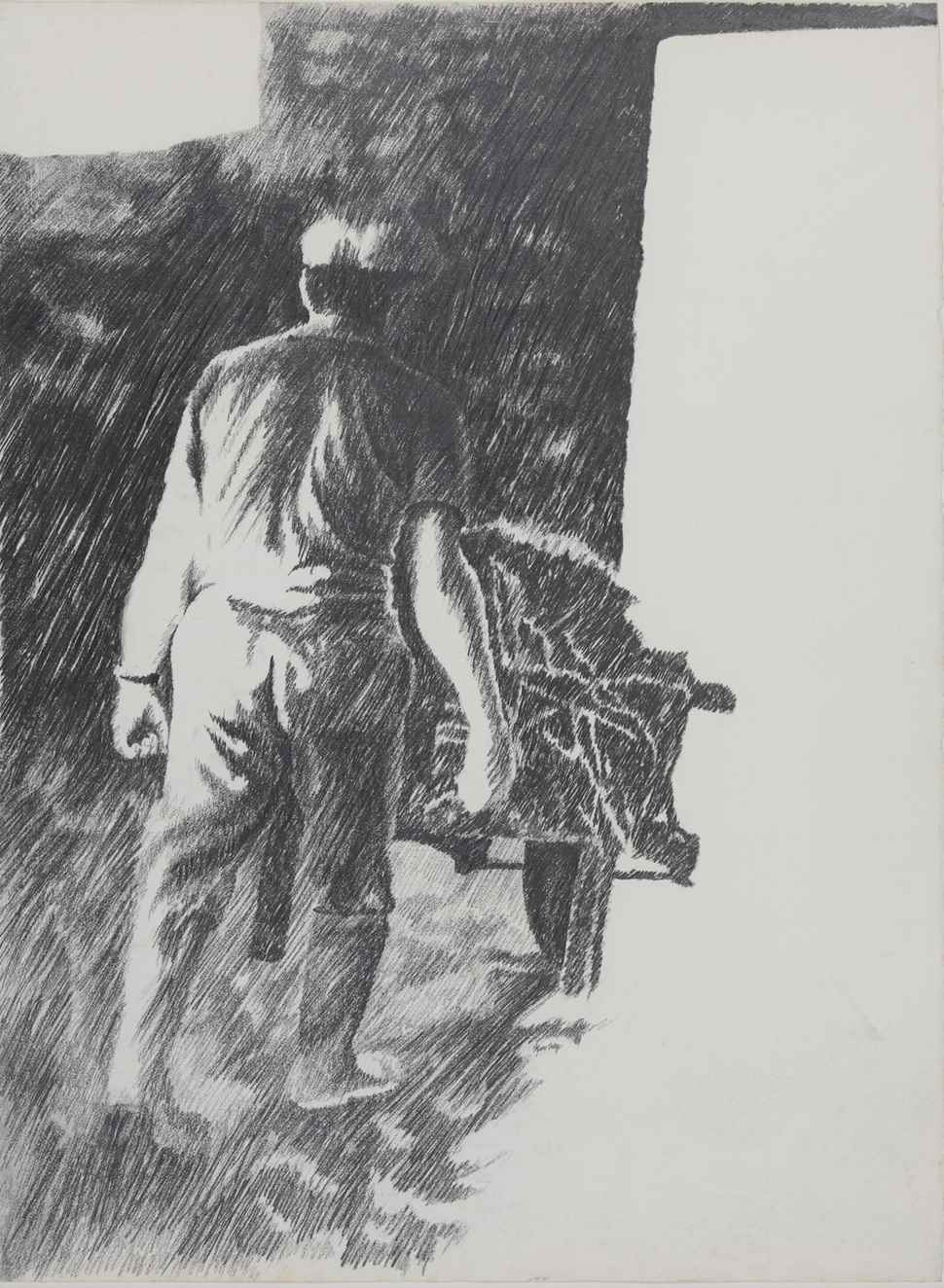 The son of Paulémile and grandson of Camille Pissarro, Yvon Pissarro was born in December 1937. At a very early age, his independent spirit and readiness to criticise made him a rebel who did not want to obey the orders of his family. His parents, concerned for his future, wanted to steer him towards a stable, safe career. Although he had no definite plans, this prospect did not fill him with much enthusiasm. It was during adolescence, when he had left the family home in Normandy, that he decided to enter the Académie Julian to study drawing and the history of art. He also attended the Paris City Council evening classes in arts and crafts skills.

In the hope that he would quickly abandon this path, his reluctant parents gave only sparing help, but he kept himself going with casual short-term jobs. In fact, without really being aware of it, he was preparing himself for a future that would often prove difficult, even uncertain, moving between odd jobbing for survival and drawing for pleasure

During national service he became friendly with the poet James Sacré. On his return to civilian life he spent time at his parents’ home in order to readjust to being free. He took advantage of this period of freedom to produce and print - using his father’s line engraving press - around fifteen woodcuts for a collection of poems by James Sacré, La Transparence du Pronom ‘Elle’ (Transparency of the Pronoun ’She’).

It was at this point that he decided to abandon his burdensome family name, choosing as a pseudonym the name of a hamlet, Vey, where his brother Hugues rented a house. Some years later he realised that Vey is an anagram of the forename Yves, of which Yvon is a diminutive form.

Several consecutive summers were spent at his cousin Orovida’s home in London, where he visited the museums more than the classes he was supposed to be attending in order to learn English. He also spent time in Italy where he discovered in wonderment the landscapes, the towns and their works of art.

Despite the tendency of the age to desert the techniques of the past built around the concept of a craftsman and his skill, like so many artists before him, Yvon devoted himself to drawing. He did not mind that for some it was a sterile repetition of what artists used to do. Yvon knew he was taking a chance in persisting, if in a rather fatalistic way, with this passion. In his keenness to master the skills of the past and muster them against the objections of the critics and works of his contemporaries, he covered large sheets of white paper with pencil drawings.

Moreover, he did not feel alone. Having settled in Nice, he joined others in the south of France who specialised in drawing, in order to mount an exhibition under the leadership of Dany Bloch, a curator of the Paris Musée d’Art Moderne.

Due to family reasons Yvon stopped drawing for more than a decade. Since leaving Nice, he has lived in a village near Montpellier where he continues to dedicate his life to his art. 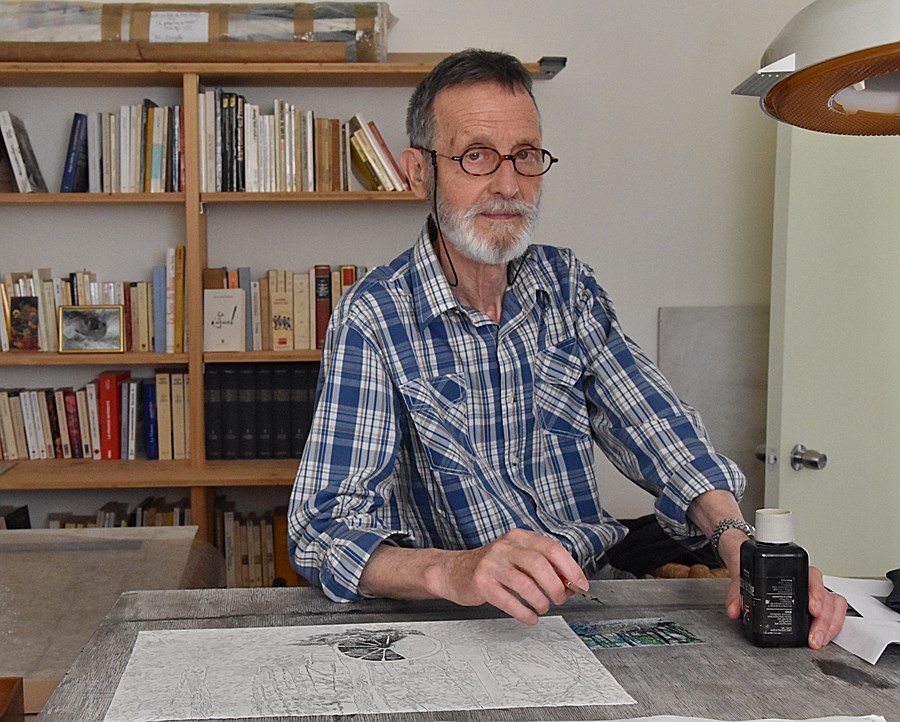