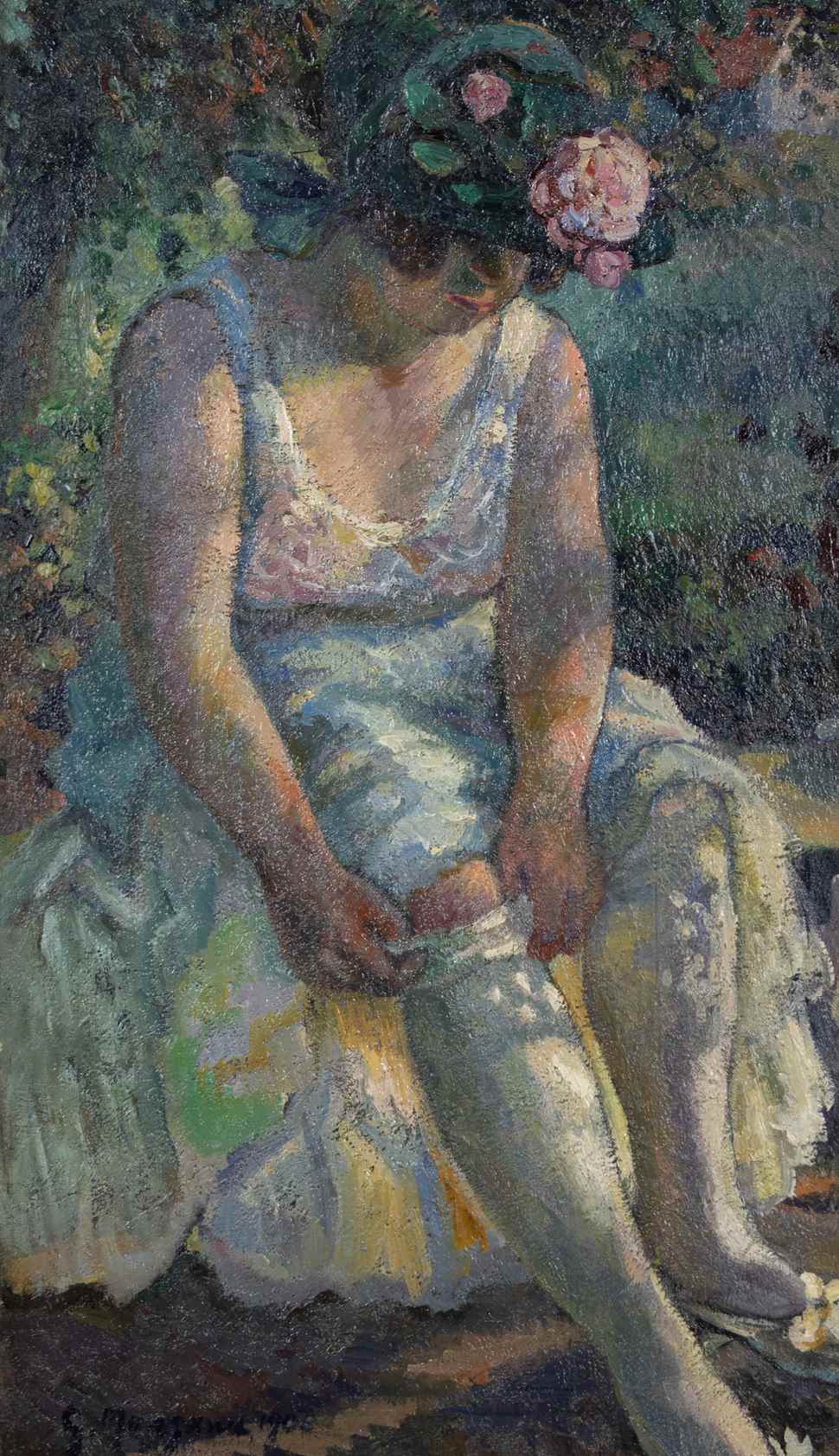 In 1906 his work began to evolve. Inspired by Dr Mardus’ French translation of ‘A Thousand and One Nights’, Manzana embarked on a grand project to publish his own illustrated version of these magical tales. This pulled Manzana into the umbrella of the decorative arts movement where he flourished creating tapestries, glassware, furniture, ceramics and metal work, all inspired by Orientalism and often incorporating gold, silver and copper paint. In 1907 he had his first exhibition of decorative works at Vollard but it was the 1914 exhibition at the Musée des Arts Décoratifs in Paris which dramatically boosted his career. Here he exhibited 311 works including tapestries, carpets, furniture, glassware, decorative paintings, etchings and lithographs.

The subsequent years were filled with bright ideas, gilded costumes and a glittering lifestyle as Manzana navigated the 20s and 30s between Les Andelys and Paris, spending many summers in Brittany. These culminated in a series of colourful yet delicate new works which Manzana exhibited prolifically. When war broke out in 1939 Manzana moved with his family to Casablanca, where he remained until 1947. Manzana was married and widowed three times. The last years of his life were spent in Menton with his son Félix who was also an accomplished artist. There Manzana returned to the Impressionist tradition of his early years, painting the serene landscapes that surrounded him. 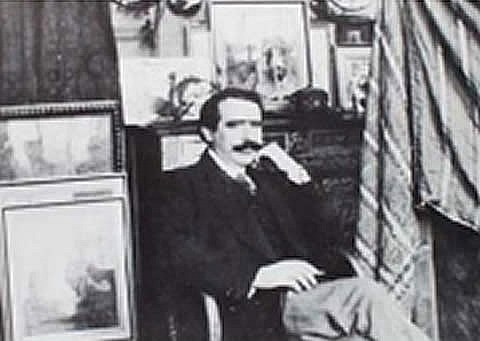