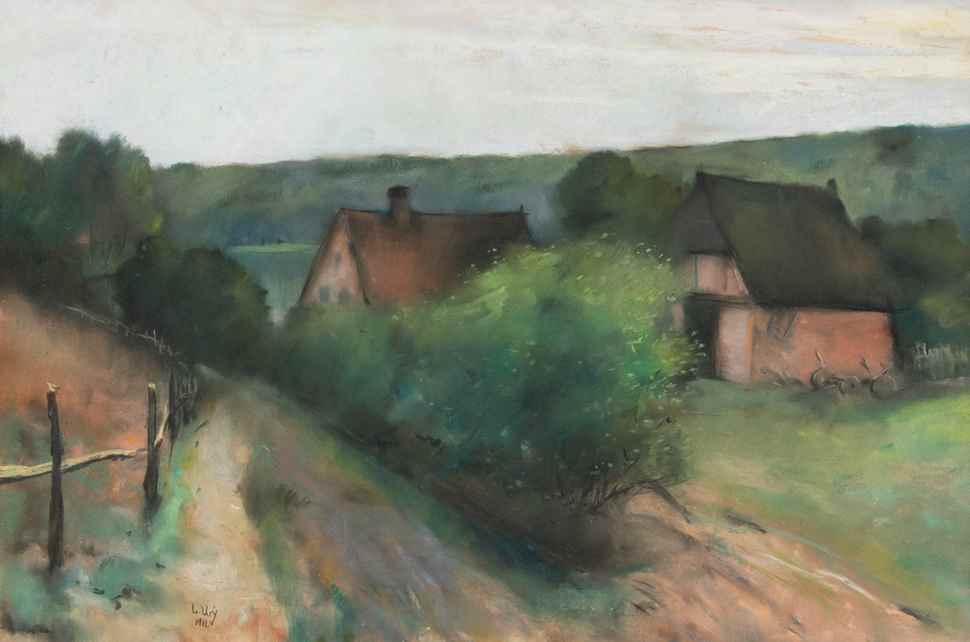 German-Jewish artist and printmaker Lesser Ury grew up in Berlin and as a young man had his admission to the Berlin Academy of Art rejected. In consequence he pursued his studies at several other leading European art academies of the time: Düsseldorf, Paris, Brussels and finally Munich. In 1887 he returned to Berlin and exhibited for the first time to mixed reviews. However, his work found favour with influential fellow-artist Adolph von Menzel whose support for Ury induced the Academy to award Ury a Prize.

As a master of the oil painting, Ury created flower pictures, still lifes, nocturnal cafe scenes and rainy urban streets scenes. His subjects were diverse and created in an Impressionistic manner that ranged from the subdued tones of figures in a darkened interior and the effects of streetlights at night to the dazzling light of foliage against the summer sky. Whilst Ury’s work is often associated with metropolitan scenes and interior floral still lifes, his extensive travels throughout Germany and Italy thanks to developed his characteristic landscape styles. A master of the pastel technique, the intense colours of his compositions with their subtle transitions and contrasts, the movement of air and the reflections of light, mark Ury’s workout unquestionably modern.

Often introverted and distrustful of people, Ury became increasingly reclusive in his later years. Yet for the city of Berlin Ury felt a special bond of sympathy. Upon his 60th Birthday in 1921 it was the Mayor of Berlin who honoured Ury as "the artistic glorifier of the capital". Ury died in his Berlin studio, just three weeks before his 70th Birthday and the commemorative exhibition due to open in his honour at the city’s Nationalgalerie.