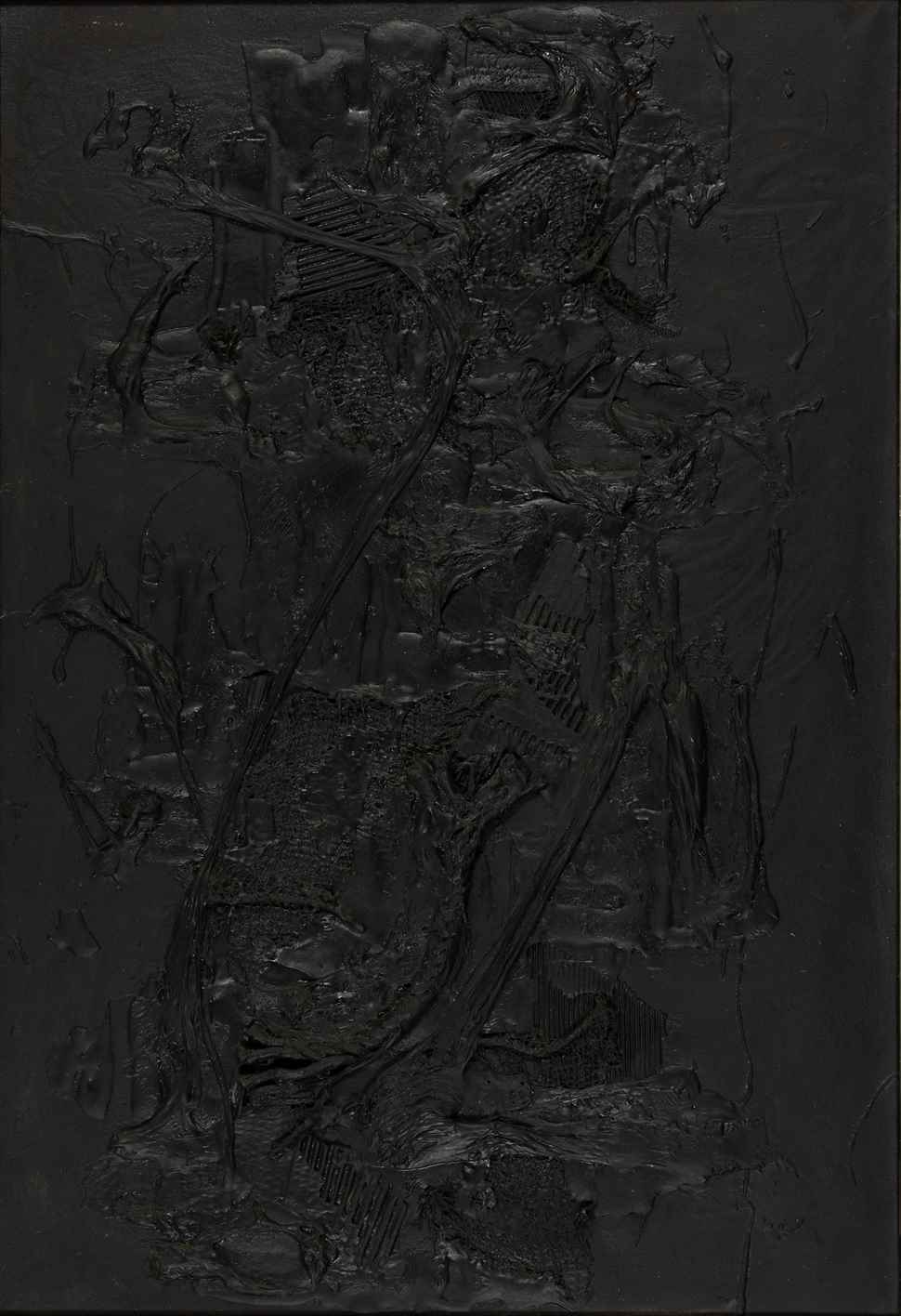 Aika (Ariel) Brown was an Israeli painter born in Tel Aviv in 1937. He studied graphics at the Bezalel Academy of Arts and Design in Jerusalem. His early paintings were abstract with intense colours and a strong application of brushstrokes. From 1959 to 1963, Brown lived in Paris. Shortly after he arrived in the city, he started mixing materials to his paintings such as sacks, wood, screws and other objects of everyday use to create assemblages as a new means of expression. He went back to Israel and returned to France shortly after, where he was killed in a car accident in 1964. A year after his death, the Israel Museum held a memorial exhibition of his works in his honour. Brown gave his name to a prize, awarded periodically by the Israel Museum and throughout his life he exhibited in the USA, France and Italy. Due to his short-lived career his works are very rare and seldomly comes on the market.