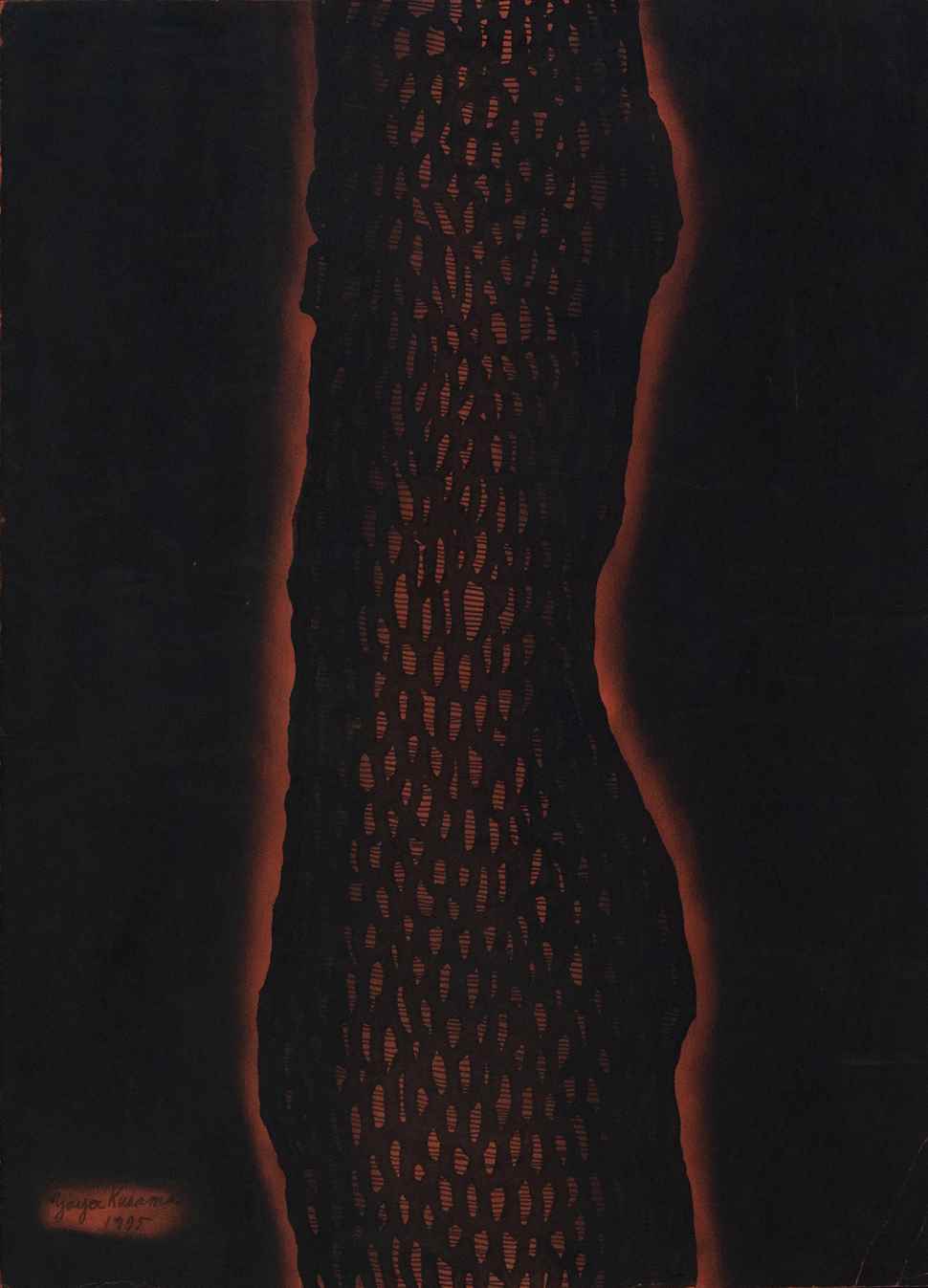 Red River Inside my Eyelids

Japanese contemporary artist, writer and designer Yayoi Kusama graduated from Kyoto School of Arts and Crafts and relocated to New York City in 1958. Kusama has consistently traded on her identity as 'outsider' in many contexts – as a female artist in a male-dominated society, as a Japanese person in the Western art world, and as a victim of her own neurotic and obsessional symptoms. After achieving fame and notoriety with ground-breaking art ‘happenings’ and events, she returned to her country of birth in 1973 and is now Japan's most prominent contemporary artist.

Initially associated with Abstract Expressionism, Kusama soon became an installation artist, gaining international attention during the late 1960s for her provocative ‘happenings’ that involved painting naked bodies with so-called Body-Festival (*or ‘Anatomic Explosion’, ‘Self-Obliteration’ as her concept of happenings at that time) made of brightly-coloured polka dots, a pattern thenceforward her favoured motif as a ‘way to infinity’. Inspired by the hallucinations she has experienced since childhood, the intricate lattice of paint that covers her famous Infinity Net canvases create in the negative spaces between the loops a polka dot pattern that fluctuates before the viewer. Kusama also creates installations that immerse the viewer in her obsessive vision of endless dots or infinitely mirrored space. Her interest remains in the uncanny texture and hierarchy of surfaces - canvases, mirrors, furniture, clothes, floors, walls, industrial objects as well as the human body – and the transgressive effect each exert upon the spaces they inhabit and define. The pumpkin has also become another central motif in Kusama’s iconography. Since 1977 she has lived voluntarily in a psychiatric institution and much of her work has been marked with obsessiveness and a desire to escape from psychological trauma. Her extensive uniquely diverse body of work shares the characteristics of Surrealism, Minimalism, Pop Art, Abstraction, Conceptual and Performance art and yet continues to defy neat categorisation. 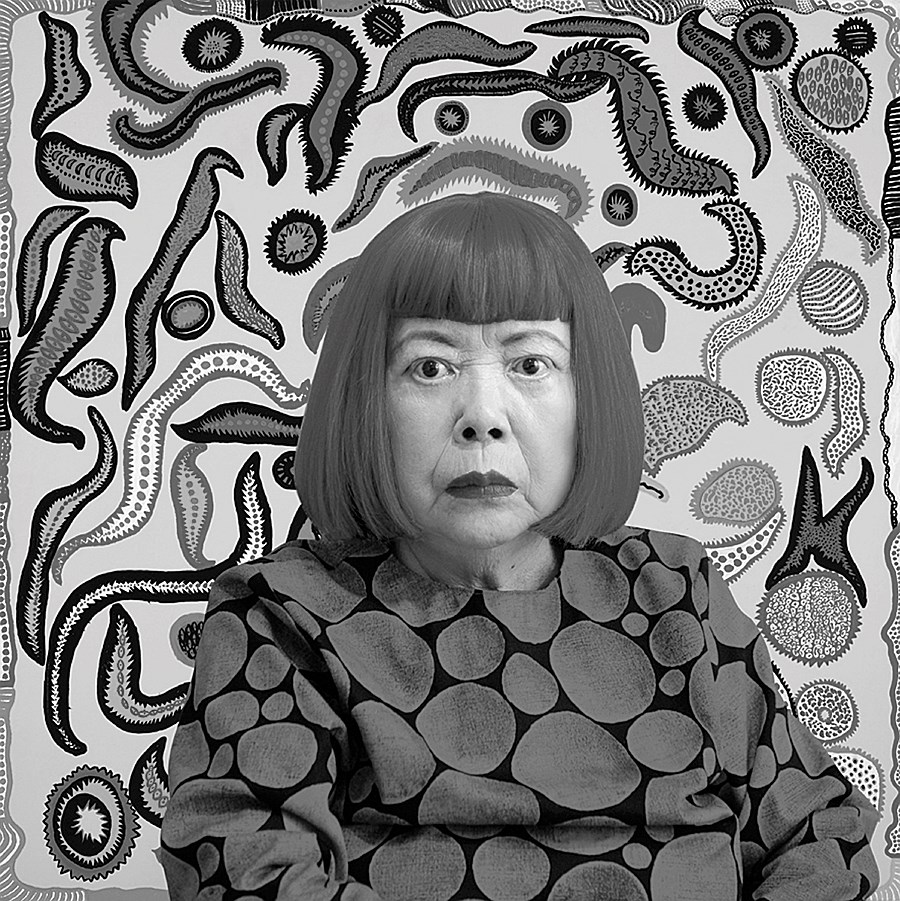