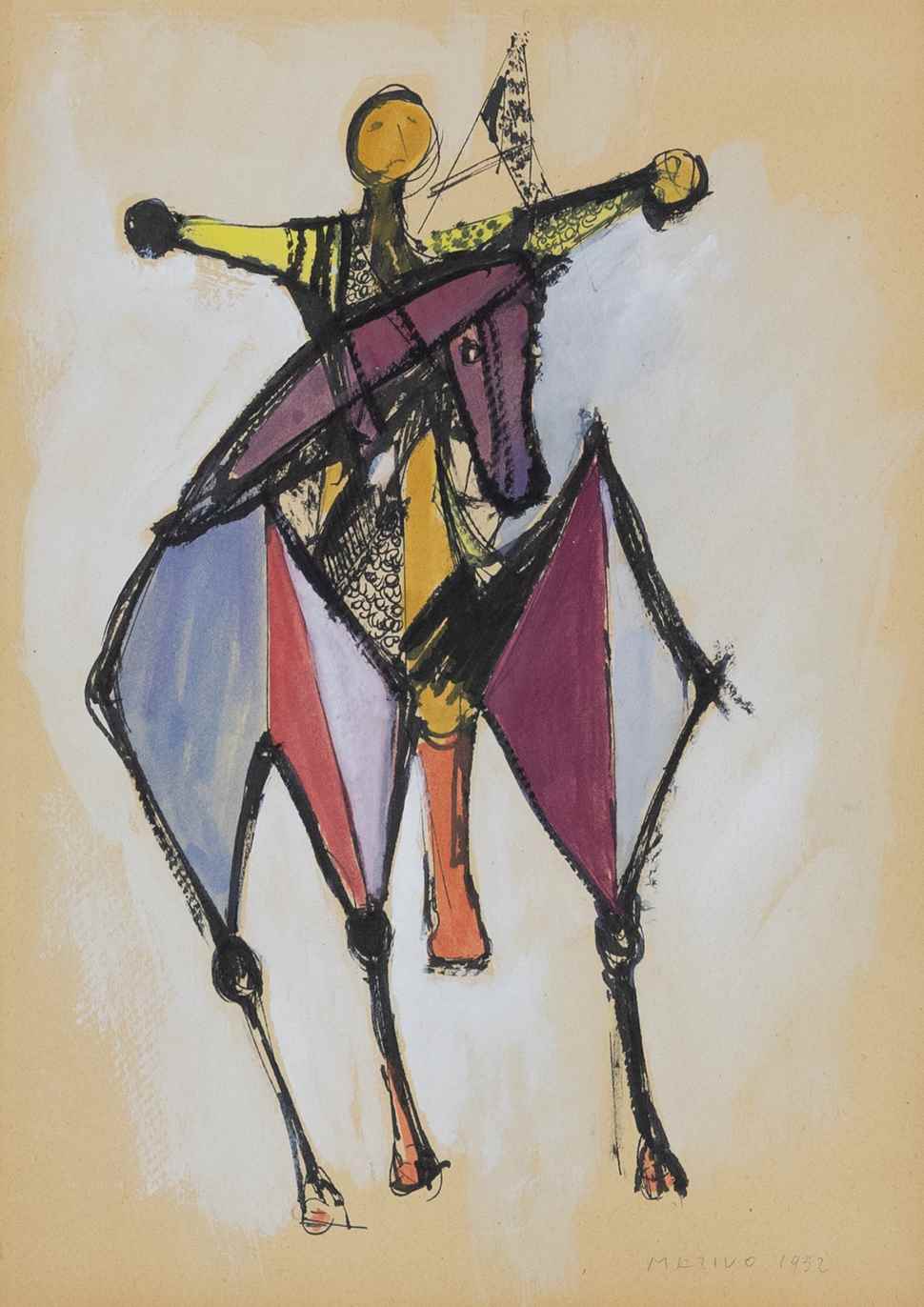 Born in the Tuscan town of Pistoia, Marino Marini was an Italian sculptor, painter, lithographer, and etcher. Drawing upon the traditions of Etruscan and Northern European art, Marini captured a range of subjects from the female nude, to dancers and jugglers, and perhaps most famously, his iconic equestrian figure.

After studying painting and sculpture at the Academy of Art in Florence, Marini initially worked as a painter and engraver. While he never abandoned these techniques, as the 1920’s progressed Marini became increasingly focused upon sculpture, citing Arturo Martini as a major influence. Marini succeeded Martini as professor at the Scuola d'Arte di Villa Reale in Monza, near Milan, in 1929 - a position he retained until 1940. During this time, he made frequent visits to Paris, where he met the likes of Picasso, Braque and de Chirico.

Marini’s first one-man exhibition was at the Galleria Milano of Milan in 1932, and at the 1935 Rome Quadriennale he was awarded First Prize for Sculpture. It was the following year that Marini’s stylized motif of a man with outstretched arms on a horse appeared in his oeuvre. The image had occurred to him while travelling through Germany in 1934, after being inspired by the medieval equestrian statue of a knight in the Cathedral of Bamberg. It became foundational to his practice, with its subsequent evolution reflecting Marini’s changing context, leading up to and beyond the violent years of the Second World War.

From 1943, Marini lived in Switzerland, chiefly at Tessin, before settling permeantly in Milan in 1946. While in Switzerland, he was in contact with Richier, Wotruba and Giacometti, and exhibited in Basel, Bern, and Zurich. He was awarded the City of Venice prize for an Italian sculptor at the 1952 Venice Biennale. Today, his work can be found at the Civic Gallery of Modern Art, Milan; the Tate Collection, London; the Peggy Guggenheim Collection, Venice and the Hirshhorn Museum and Sculpture Garden, Washington, D.C.