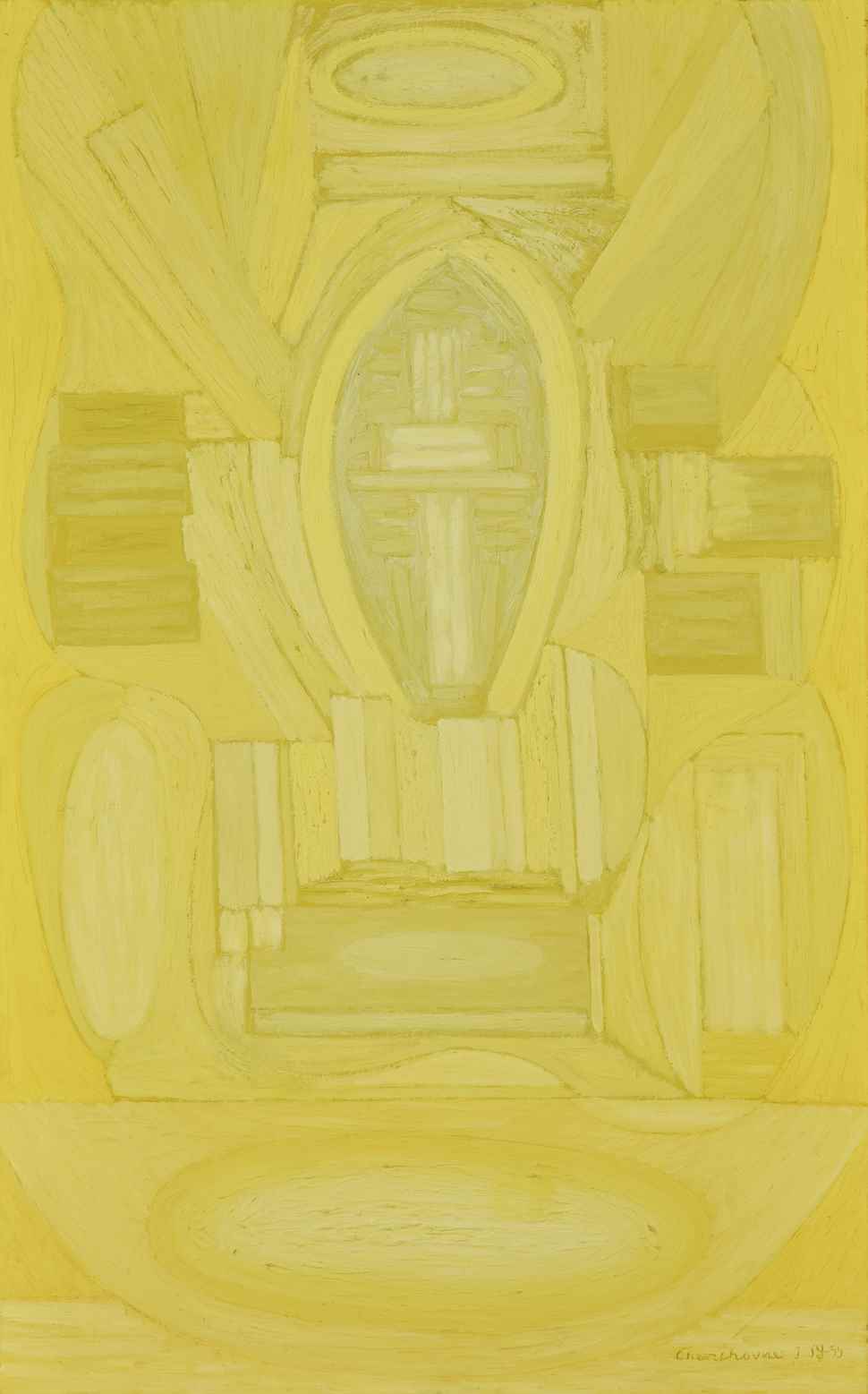 Russian-French artist and poet Serge Charchoune was born at Bougourouslan in Russia and studied painting at Moscow Academy of Art. In 1912 after deserting the army he arrived in Paris and immediately enrolled as a student of the Cubist painter Henri Le Fauconnier.

Upon the outbreak of the First World War Charchoune took refuge in Barcelona in Spain where he befriended exiled Parisian Cubists Marie Laurencin, Albert Gleizes and Francis Picabia.

Seizing the cultural moment, during the 1920s Charchoune briefly formed his own Parisian Dada group called Palata Poetov (the House of Poets), created a Russian-language Dada magazine called the Perevoz Dada (the Travelling Dada) and published an anthology of German, French and Russian Dadaist poetry.

Devoted throughout his life to the radicalism and transgressiveness of Dadaism’s anti-art, Charchoune refused to participate in any other movement. However, during the early 1950s his work became more abstract and his palette almost monochrome.

After his 1922 solo exhibition at the famous Der Sturm gallery in Berlin, Charchoune returned to Paris where he met Ozenfant who led the Purist movement. Subsequently, he began to introduce elements of the Purist manifesto to his own work. M. Seuphor in a Dictionary of Abstract Painting (London, 1958) describes how ‘Some of his best canvases owe their inspiration to the music of Bach or Beethoven [..] his work reaches unequalled heights of delicacy in modulations of a single colour. These pictures, which are a kind of spiritual exercise for the eye, must be numbered among the best examples of pure painting’.

Phaidon’s Dictionary of Twentieth Century Art documents that ‘In 1923 he began to analyse the relationship between art and music, which has been the inspiration for the delicate monochrome abstracts of his mature period’. In an interview with Michel Ragon in Jardin des Arts (Paris, 1966) Charchoune states ‘Music gives me the theme. While listening to music, I see the painting with my eyes closed, like a coloured seam stretching out before me’.