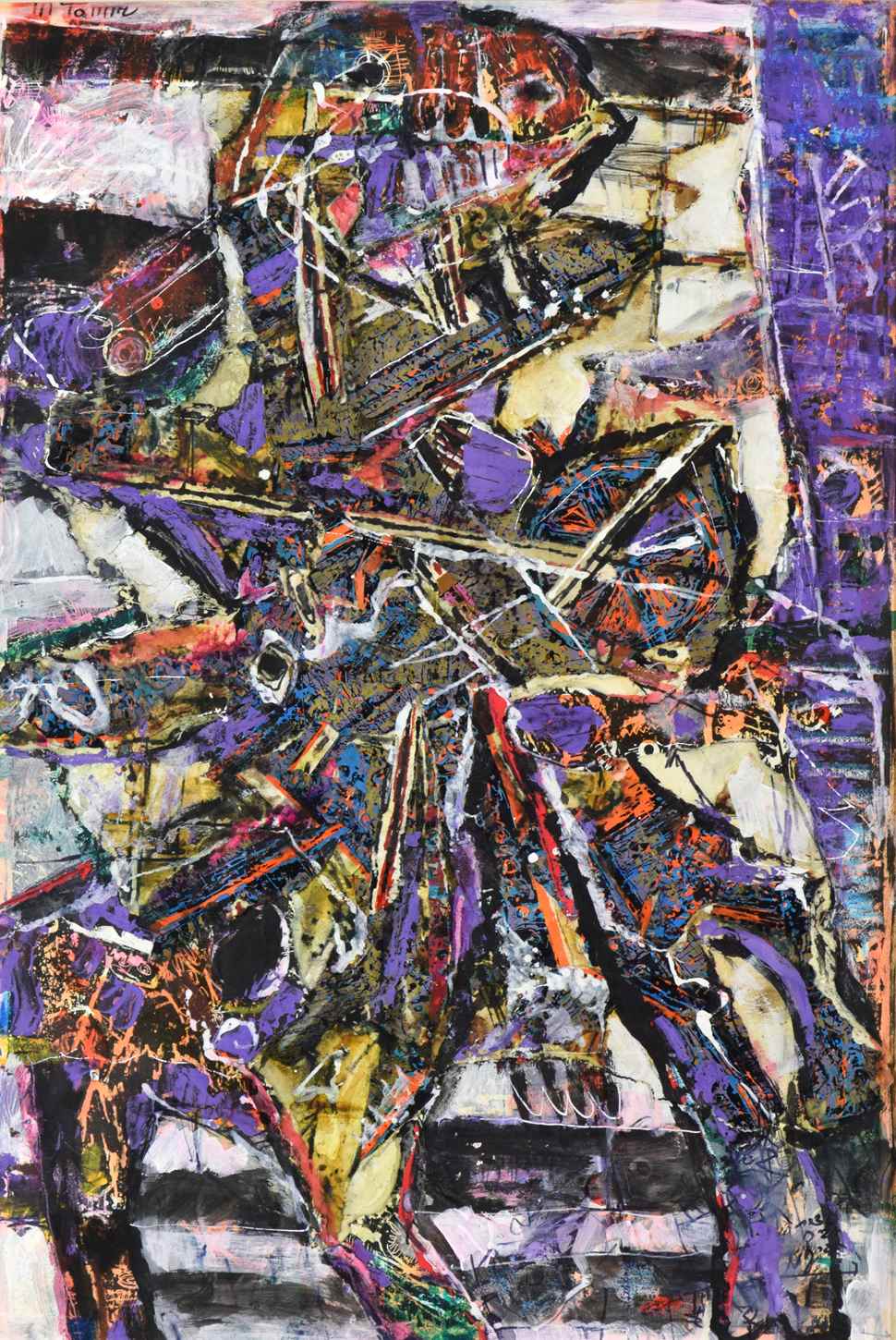 Moshe Tamir was born in Odessa and completed his studies at Israel’s Bezalel Academy of Art in 1947 after which he won the Struck Award presented by the painter Mordechai Ardon. In 1952, Tamir graduated from the Academy of Fine Arts in Florence, where he specialised in fresco and monumental painting, and was chosen by his teacher, the renowned fresco artist Prozzo Parchi, to become his assistant in painting murals at the Church of St. Eugene in Rome. Working closely with a prominent figure in the art of fresco painting greatly contributed to Tamir’s professional development. Without surrendering to passing fashions, Tamir’s work encompasses oil, fresco, drawing and gouache. One of Tamir’s masterpieces – a magnificent fresco Amnon Wounded, part of a permanent exhibition at the Tel Aviv Museum – earned him honourable citation at the Venice Biennale.

In 1954 Tamir moved to the Montparnasse in Paris, where he lived and worked for seven years alongside Constantin Brâncuşi, Jean Tinguely and Jean Dubuffet, whilst deepening his practice at the École des Beaux-Arts. Here he developed “New Figuration” – paintings crammed with shapes and mythological images in thick, colourful and intoxicating layers of paint. In 1958 he exhibited at the Museum of Modern Art in Paris and was voted one of the top twenty young artists in Europe, which earned him a Young Artist Award in Israel. Following this exhibition Tamir was invited to paint monumental frescoes in Chicago and Mexico City. Between 1956 and 1986, he was invited to present four exhibitions at the Palais des Beaux-Arts in Brussels that included a joint exhibition with Pablo Picasso. With newspapers headlines declaring him a “Renaissance Man”, the opening of the 1986 exhibition hosted many important guests, among which were King Baudouin and Queen Fabiola, the Belgian Prime Minister, ministers of the Belgian Parliament and heads of the European community. Tamir won First Prize for lithography at the Sao Paulo Biennale, his work remaining on permanent display at the Rio de Janeiro Museum. Publishing several albums of lithographs, for the last it was the celebrated poet Mario Lucci dedicated three poems written especially for the occasion.

The art critic Stephane Rey has written, “Tamir is an artist, but also a thinker, thorough and educated. His works have made him one of the most important artists of the 20th century, and he gathers around him more and more art lovers all the time. He is contemporary, cosmopolitan and unique”. His work features prominently in prestigious international collections, such as those of Queen Elisabeth of Belgium and Queen Silvia of Sweden, the private collections of Christina Newburgh, Simon Guttman and Henry Marcus, as well as in leading museums and permanent exhibitions.