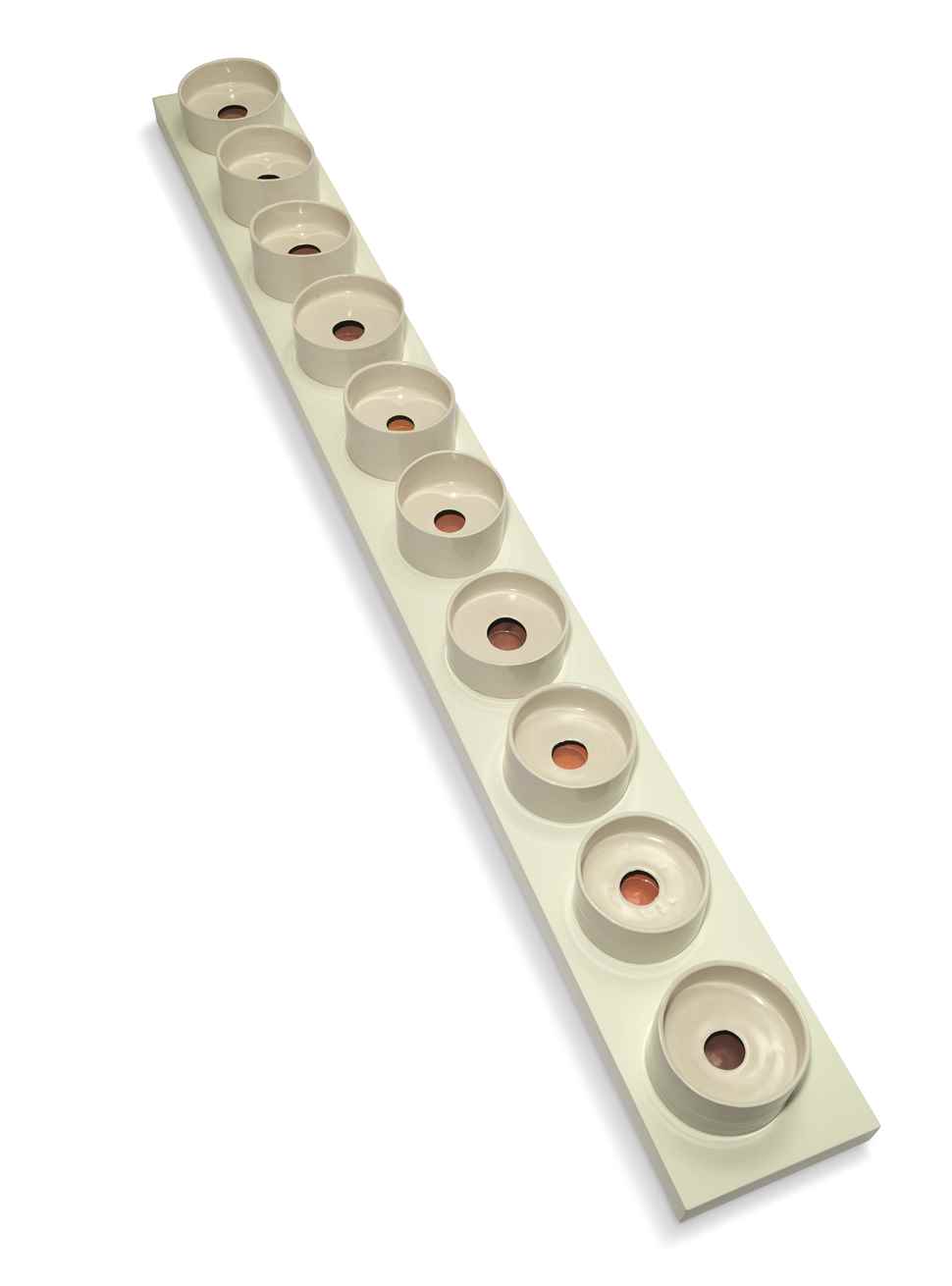 Ten glazed porcelain vessels
Largest 9.2 cm in height by 19.9 cm in diameter (3 ⁵/₈ x 7 ⁷/₈ inches)
Impressed with the artist's seal on the underside of each vessel
Executed in 2004

Edmund de Waal OBE was born in Nottingham, the United Kingdom in 1964 and today, continues to live and work in London. His interest in ceramics has been life-long, remarkably sparked at age 5 when he attended an evening class at the Lincoln School of Art. Often describing his relationship with porcelain as an ‘obsession’, throughout his career has self-identified as a potter, rather than an artist. Medium specificity has become a dominating theme throughout his work. It is the history of the ceramics but also its fundamental, formal properties which solidified it as his material of choice. Never straying far from the delicate colour of white, his work is grounded in the brilliance of his craftsmanship.

De Waal’s career was greatly impacted by his time working in Japan. Following his move to the country in 1992, he became interested in the belief that the East and West could meet through the materiality of porcelain. His art not only transcends continental boundaries but also overlaps with poetry and music. As he studied for an English degree at Cambridge while embarking upon his pottery career, it is unsurprising that he maintained his literary interest throughout his lifetime. Again, this highlights De Waal’s ability to expand and challenge any presupposed limitations of ceramics, and despite his clear self-crafted identity as a potter, we can consider him an interdisciplinary figure.

Exhibiting extensively within the United Kingdom, as well as internationally, in recent years his work has been displayed at the Royal Academy of Arts, London (2015) and the Venice Biennale (2019). His works are held in the permanent collections of numerous institutions, such as the V&A Ashmolean Museum, Oxford; National Museum of Scotland Edinburgh; Museum of Arts and Design, New York; Museum of Decorative Arts, Montreal; and Museum of Western Australia, Perth.