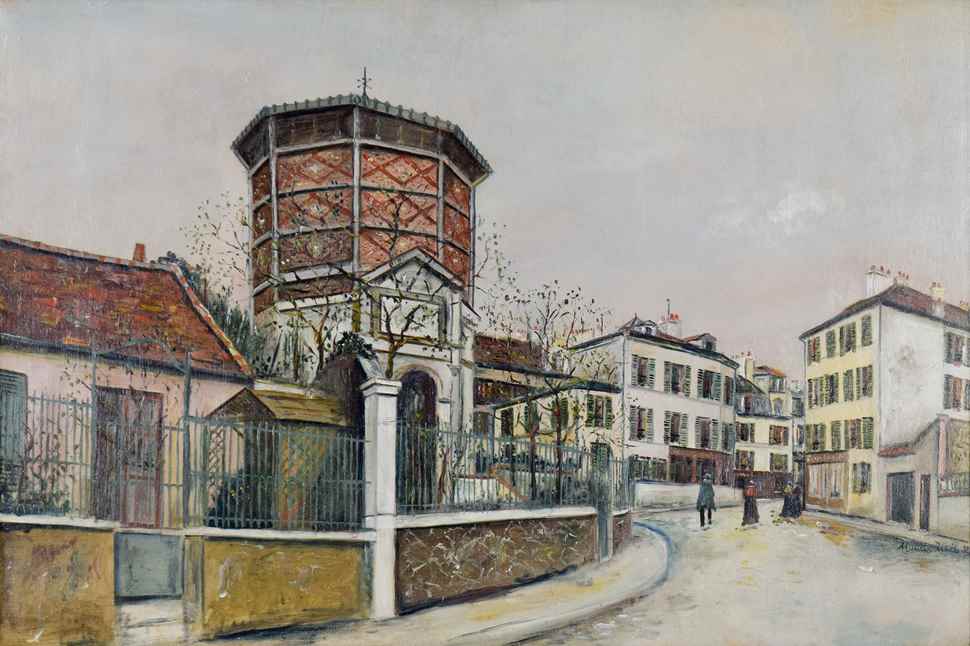 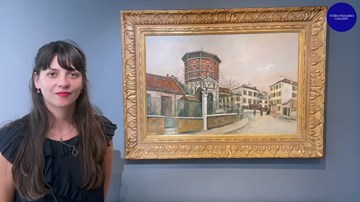 Born in Paris’s Montmartre district to the French artist Suzanne Valadon – the first woman admitted to the prestigious Société Nationale des Beaux-Arts – Maurice Utrillo never knew the identity of his father. It was often speculated his father could have been either Pierre-Auguste Renoir or Edgar Degas, for each of whom his mother had posed as a model. However, if she knew Valadon refused – for her own reasons, now obscured by the passage of time – to reveal the truth. Despite the Spanish artist Miguel Utrillo ‘donating’ his surname to the young boy, the enigma of his conception haunted Maurice for the rest of his life.

Often the subject of his mother’s work, Utrillo was trained as an artist by her in the Montmartre studio they would share. As a young man, he became imbued with the spirit of artistic fervour then sweeping the radical and diverse circle of artists centred on Montmartre that included Pablo Picasso, Amedeo Modigliani and André Derain. Taking the Parisian street as his inspiration, Utrillo soon distinguished himself as a painter of modernist ‘genre’ scenes. Attracted to the shabby and often ignored back-streets of Montmartre, with his muted colour palette and curiously ‘primitive’ sense of perspective Utrillo’s iconic streetscapes possess a mysterious, ‘metaphysical’ - and often ‘tragic’ - quality. Between the autumn of 1903 and the winter of 1904 he visited Montmagny, a village north of Paris and completed almost 150 sombre, impasto landscape paintings.

Exhibiting his work to great acclaim at the Salon d'Automne in 1909, Utrillo thereafter entered his ‘white period’ - often thought the peak of his career - characterised by layers of white impasto sometimes mixed with locally-manufactured plaster. It was the French art dealer Paul Guillaume - organising a large-scale exhibition of his work in 1922 – who launched Utrillo’s career and ensured his artistic legacy.

His deteriorating health led him gradually to withdraw from the streets of Montmartre into the relative safety of nursing homes. Here he developed the habit of painting from postcards. His stepfather, the painter André Utter, and his mother selected cards that reproduced his favourite views of la Butte Montmartre. He worked from these in their communal studio at 12 Rue Cortot, in the restaurant La Belle Gabrielle or in a bedroom above the Père Gay bistro and exacted his revenge on the locals, who had made his life difficult with their criticisms and jokes, by depicting them in his paintings in rear view as heavily outlined clumsy shapes and stereotyped silhouettes.
His late paintings are characterized by rich colors and strong black contours and are based almost entirely landscape themes. From 1937 onwards, his friend and dealer Paul Pétrides looked after him at the request of his family. Despite furious bouts of mental instability and alcoholism, Utrillo lived a long life and married at the age of fifty-two to the French artist Lucie Valore. He died - just short of his seventy-second birthday - and was buried in the now-famed district of his birth.