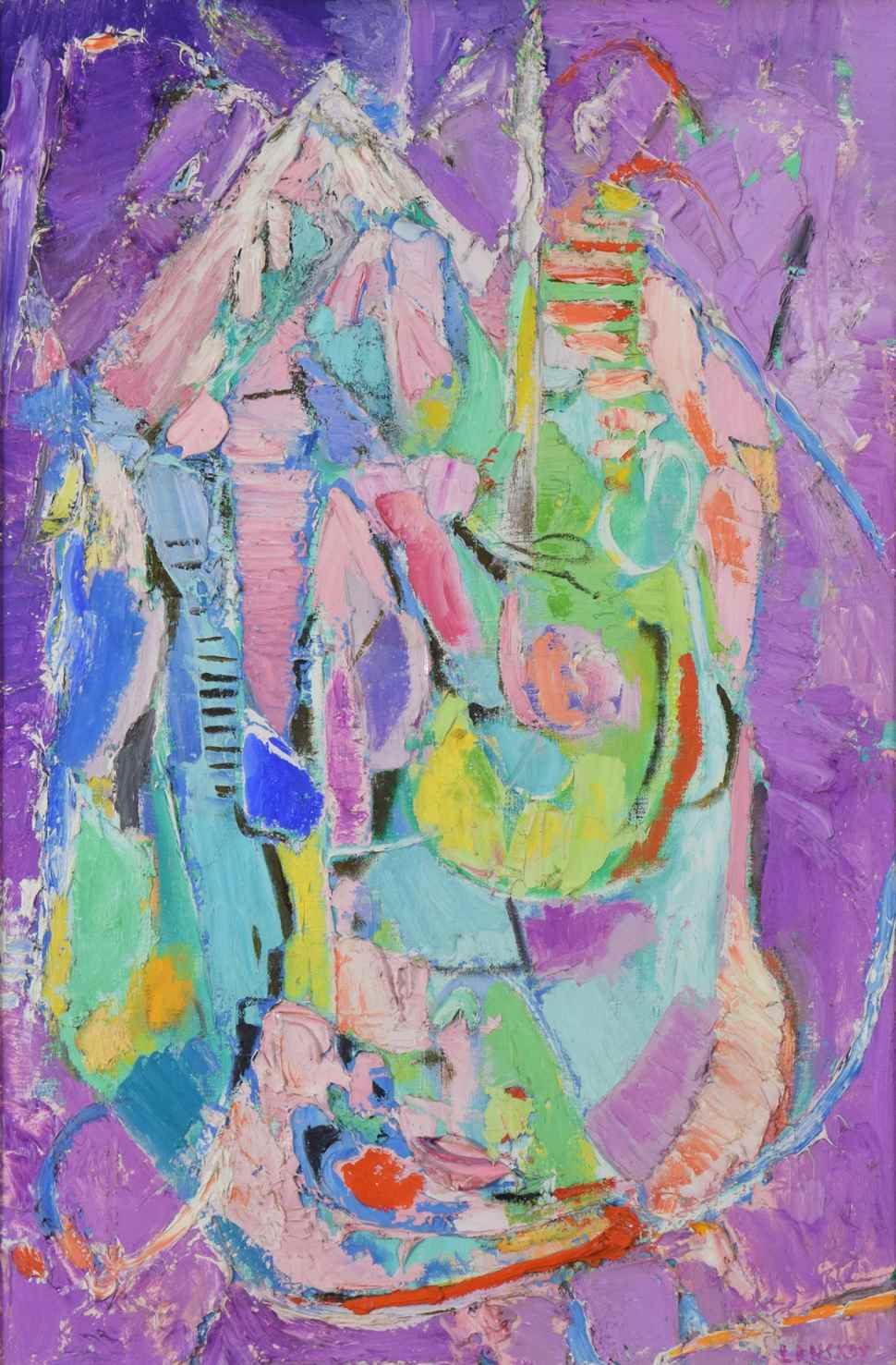 André Lanskoy was born Andrei Michailovich Lanskoy in Moscow in 1902, the son of Count Lanskoy. The family moved to St. Petersburg in 1909 and in 1918 he moved to Kiev, where he made his first paintings. During the Russian Civil War Lanskoy fought in the Tsarist White Army but after an injury moved to Constantinople and in 1921 arrived in Paris where he stayed for the rest of his life. Recalling his arrival in the French capital, Lanskoy said: "Literally in the first night I started to paint and I haven’t stopped since."

Lanskoy's figurative pictures and still lifes of that period were inspired by Van Gogh, Matisse and Soutine. In 1923 André Lanskoy qualified for the Salon d'Automne, where he was discovered by the art dealer Wilhelm Uhde, a valuable contact who helped him gain his first solo exhibition in 1925. Lanskoy went on to exhibit with those of Robert and Sonia Delaunay, Leopold Survage, Ossip Zadkine and other Russian artists in Paris. Soon Lanskoy's works could be found in museums and important private collections.

Towards the end of the 1930s the artist slowly gave up figurative painting, and by 1943 had turned entirely to non-representational painting. In his continuous quest for new means of expression, he turned to the illustration of books, tapestries, mosaics and collages.

André Lanskoy maintained a deep friendship with Nicolas de Staël, with whom he held a joint exhibition in 1948. During this time and the following decade, the artist gained international acclaim through exhibitions, including one showcasing late works at the New York Fine Arts Associates in 1956. The artist participated in documenta II in 1958 alongside other artists of the Informel movement and in the exhibition 'Les Peintres Russes de l'école de Paris' at the Museum of Saint Denis in 1960. He is considered one of the most important exponents of 'Lyric Abstraction' within the École de Paris.