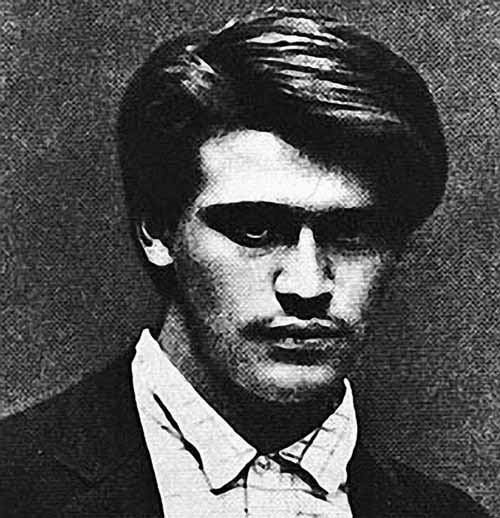 (credits: anonymous)
Russian-French artist Ivan Pougny, better known as Jean Pougny, was born in Russian Finland and was the grandson of Italian composer Cesare Pugni. Educated at the Académie Julien in Paris, he returned in 1912 to St Petersburg where he exhibited with fellow abstractionists Kazimir Malevich and Vladimir Tatlin.

In 1915 Pougny co-founded the Supremus group of artists – better known as the Suprematists. Indeed, he and Malevich co-authored the Suprematist Manifesto published in 1916 that proclaimed a new painterly abstraction for the modern machine age. Exhibiting regularly during the First World War, Pougny also worked at the artisan cooperative, the Verbovka Village Folk Centre in Ukraine.

Disillusioned by the new Soviet regime, Puni and his wife, artist and poet Kseniya Boguslavskaya, emigrated from Russia in 1919, returning briefly to Finland. In 1920 however the couple arrived in Berlin where they stayed for four years. It was in vibrant Weimar Berlin that Pougny enjoyed critical acclamation for his solo exhibition at the Galerie der Sturm.

Moving to Paris in 1924, Pougny’s powerful artistic style began to mutate towards a unique variant on Impressionism. It was during this time, partly in an effort to distance his new work from his older work in pre-war Russia, he began to sign his Jean Pougny and eventually became a French citizen.