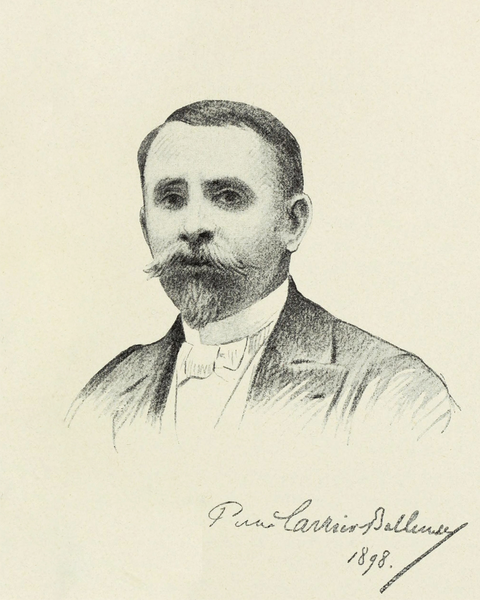 Exhibiting at the Paris Salon in 1875, Carrier-Belleuse went on to win the prestigious Silver Medal at the Exposition Universelle of 1889. Although a painter of landscapes, portraits and genre scenes, his best-known works are intimate portraits of women that emphasis the poise and grace of the feminine body, and in particular those of the corps de ballet. Much of his work currently resides in international private collections. Carrier-Belleuse’s least-known works today are, ironically, the most widely circulated during his own lifetime: drawings and lithographs produced for the newspaper Le Figaro.

During the First World War Carrier-Belleuse and the artist Auguste Francois-Marie Gorguet over saw the creation of the world’s largest painting, the Panthéon de la Guerre, fifty-five feet high and four hundred and two feet in circumference, which featured nearly five thousand portraits of notable French and Allied wartime figures. Although later dismantled, reconfigured portions may now be viewed at the National World War I Museum in Kansas City (USA).