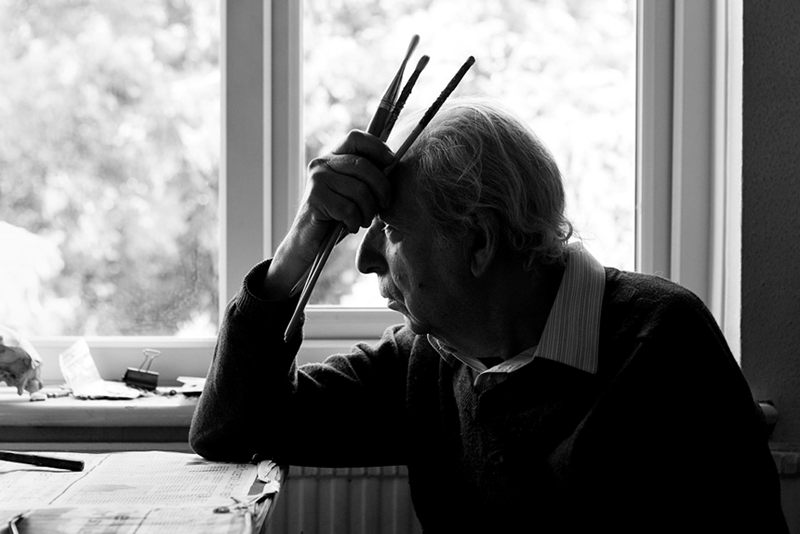 (credits: Tadas Kazakevičius)
Shmuel Dresner was born Samuel Dresner at Warsaw in Poland in 1928. At the age of 12 he was forced, along with his family, into Warsaw’s infamous Jewish Ghetto. Afterwards he was deported to several Nazi concentration camps including Buchenwald in Germany and Theresienstadt in Poland, where he spent most of his adolescence.

At the end of the Second World War, with the aid of the Central British Fund for German Jewry (now World Jewish Relief) and the agreement of the British government, Dresner came to England as a refugee in August 1945. Here he spent four years in a medical sanatorium where he first began to paint, perhaps as a form of therapy. Enrolling in 1949 at London’s Heatherley School of Fine Art under the tuition of artist Iain MacNab, Dresner went on to study at London’s Central School of Art in 1953. In 1956 he moved to Paris to attend the André Lhote Academy, but later returned to London, where he continues to live and work. Between 1955 and 1981 he exhibited extensively, with a number of solo exhibitions, and his work features in numerous private and public collections in the United Kingdom, United States, Germany and Israel.

Dresner’s most representative work is perhaps The Ghost Town, a collaged landscape comprising numerous pages of ripped and burned text from books in English and Yiddish arranged to suggest an area of ‘land’; plain pages at the top indicating the ‘sky’ and a circular piece of text representing the sun. There is no discernible life form, colour is muted to burned-charcoal and the landscape is austerely parched. Some of the fragments exhibit scorch marks that create shadows and definition. Clearly referencing the trauma of Nazi book burnings that sought to ‘cleanse’ the nation of Jewish culture, the subject of loss is underlined by the title. Nazi ‘cleansing by fire’ began with book burnings and culminated in the gas chambers and incinerators of the war camps. Dresner’s work therefore becomes a testament to all the Jews who lost their lives in the Holocaust, serving as both an important historical record and a poignant piece of modern art.