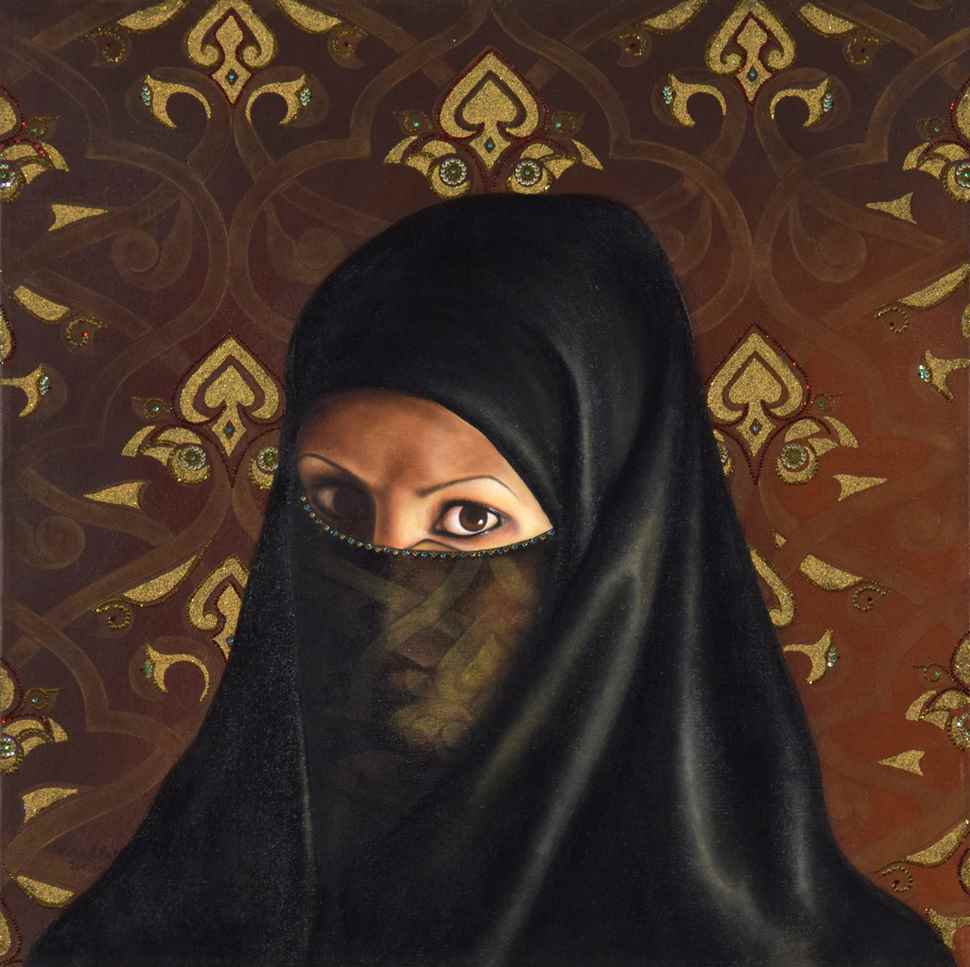 Self Portrait Under a Veil

Palestinian-Muslim artist Fatima Abu Rumi grew up in a small village in Western Galilee, studied at Mar-Elias College and Oranim Academic College in Israel before working as a sculpture studio assistant. Between 1995 and 2011 Abu Rumi participated in many group exhibitions and in 2011 presented Personal Story, her first solo exhibition at the Umm al-Fahm Art Gallery in Israel.

Her paintings possess haunting beauty, rich colouring and ornate textures, and represent both resistance and revelation. Yet although she often depicts faces, these faces never reveal a smile. It is her pressing concern for the condition of Arab women that marks out Rumi’s work and expresses her resistance to the oppression of Arab women. With her exacting aesthetics, sensitive palette, rich textures and an expert hand, Rumi forces us to witness sorrow and joy, bitterness and sweetness, fiction and reality.

Of the veil, Rumi has declared that it serves, "[...] as a symbol of the barriers placed on women by society, a covering that keeps women out of sight and palpably displays the contrast and mutual presence of [both] beauty and pain."